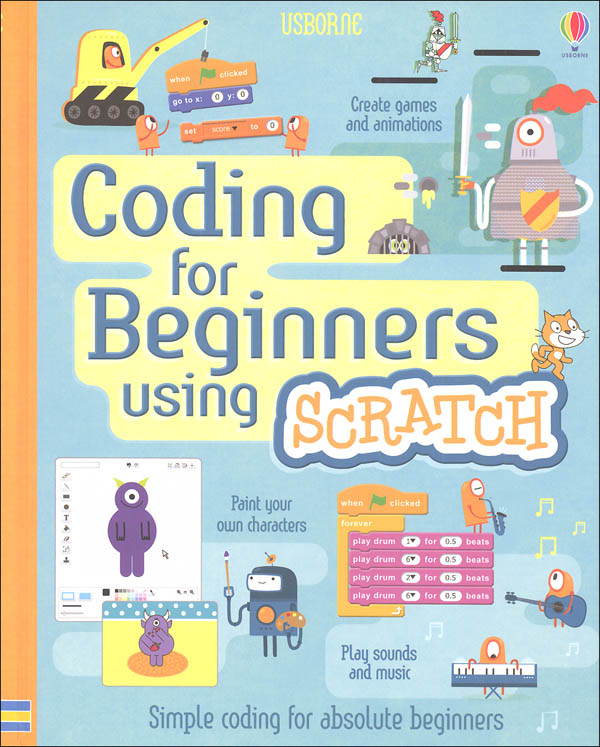 Some children may have a difficult time applying themselves to books that cover technical programming concepts (such as looping, variables, etc.) or even books that lead directly into those ideas. The focus of this book is instead on short, unstructured lessons exclusively covering Scratch or Scratch games. Instead of having concept-based lessons to follow, as in How to Code in 10 Easy Lessons, kids will work on creating short, simple games using Scratch. These short lessons start out simple (such as making characters move around the screen) and end with making pattern games and virtual pets. Once kids understand how to make basic games, they move on to four fully-fledged game projects. Throughout these lessons the emphasis is placed on the game they are creating, not on programming concepts. Picture this as coming at programming from another angle; instead of learning about what a variable is and then putting a variable named score in the game, they are shown how to keep a score within their game and then learn why a score is a variable and what that entails. To help kids out even more, all instructions and concepts come with full-color illustrations (and cute cartoon characters) which show exactly how to do the projects in a fun, cute way. If your child is interested in programming, but may be more excited about making games as a focus, this is for them. 94 pages. Spiral-bound.

Uses the programming language Scratch as a base. Focuses on the visual elements of programming - kids begin by making things move around the screen, drawing & painting characters, and creating a virtual pet. Ends with 4 games projects.

This friendly book covers the basics of Scratch coding, with step-by-step instructions showing children how to use code to create games and animations, from racing cars to virtual pets. Scratch is one of the most popular languages used in UK primary schools on the National Curriculum, and this book covers sprites, binary, debugging and more. 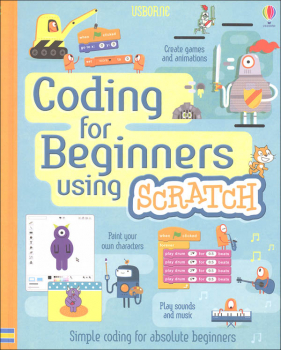