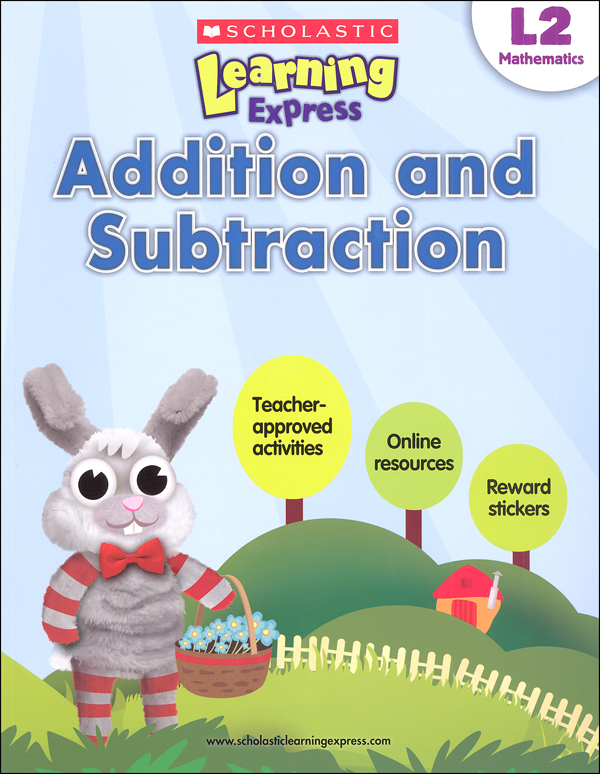 Bright colorful pages, solid progression of skills, and an affordable price point as well as a certificate of completion plus both activity and rewards stickers. It's hard to imagine what more you could want in a skills practice series. These pleasant and engaging workbooks have a nice variety of worksheets, and there's also occasional instruction for the parent as well as suggestions for ongoing learning experiences. The skills progress through the series parallels a typical elementary scope and sequence. For instance, Numbers 1-10 (K1), Numbers 1-20 (K2), Addition (L1), Subtraction (L1), Addition/Subtraction (L2), Multiplication (L2), and Addition/Subtraction (L3), and Multiplication/Division (L3). A visual identification scheme through the series - the same animal being featured on the cover of each book in a particular level - adds familiarity. By the way, don't let the K1 and K2 designation confuse you. They could correspond either to a K4 and K5 progression or a K (first semester) and K (second semester) progression depending on the age and ability of your student. A complete answer key is included. 80 pgs, pb. ~ Janice

Primary Subject
Early Learning
Grade
2
ISBN
9789810713652
Format
Paperback
Brand Name
Scholastic Teaching Resources
Weight
0.45 (lbs.)
Dimensions
11.0" x 8.5" x 0.25"
Powered by TurnTo
Questions that need answers | My Posts
Start typing your question and we'll check if it was already asked and answered. Learn More
Do not include HTML, links, references to other stores, pricing or contact info.
My question is about: 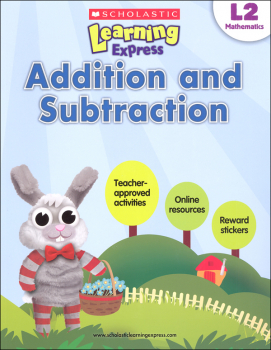