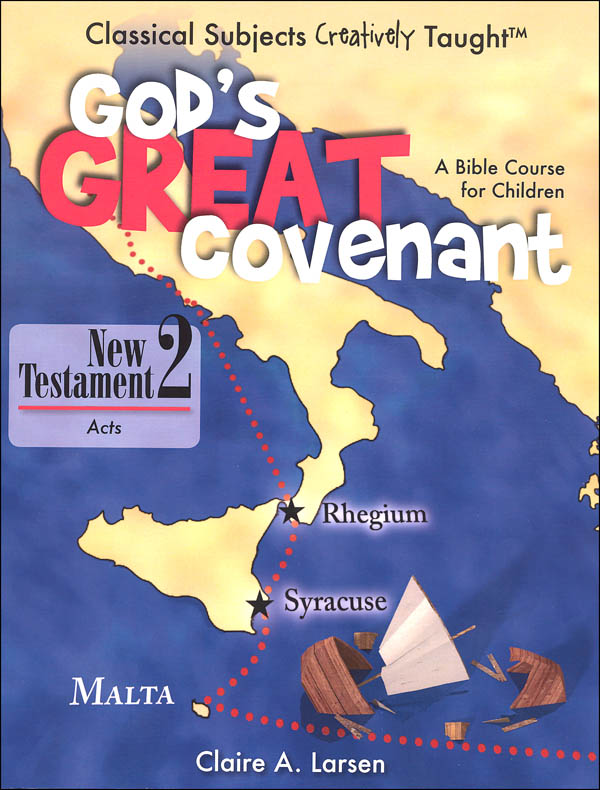 The Bible tells us God’s story. It has many parts, but from beginning to end it is one story with a promise throughout: “I will be your God, and you will be My people.” Through this story, we learn who God is, who mankind is, how the world came to be, and how God worked through history to bring redemption to His people. The God’s Great Covenant series will narrate this story for your student in an engaging and unique way.

In God’s Great Covenant New Testament 2: Acts, the four Gospels reveal that Jesus is the Messiah and King, God’s Servant, the Son of God, and the Son of Man. The book of Acts, written by Luke, shows us that the ministry of Jesus Christ has continued and even grown after His resurrection and His ascension into heaven. The book of Acts can be thought of as the “acts of the apostles,” but also as the continuing “acts of Jesus” working through the apostles and the first Christians. A study of the book of Acts reveals a remarkable adventure as Jesus Christ establishes His Church by means of the apostles and early Christians, who are empowered by the Holy Spirit.

This student edition contains 32 weekly chapters divided into 5 themed units. Each week students will encounter the story of that week’s Bible verses, presented at a clear, elementary reading level. Every chapter contains a memory page that includes a Bible verse, key facts chart, and a segment titled "The Old Testament in the New Testament Revealed," which encourages students and parents to discuss crossovers from Old Testament scriptures. "Unpack It Further" sections prompt students to think critically about the lesson and answer thought-provoking questions. Unit reviews contain a memory passage worksheet, a devotional guide, and a fun Truth Detectives dialogue.

This curriculum uses stories found in the Bible to reveal the faithfulness of God to elementary students. There are four titles in the series, two on the Old Testament and two on the New Testament. Each course is designed to take one year to complete at the elementary level. Bible excerpts are taken from the NIV version.

Components include the consumable (and non-reproducible) Student Book and the Teacher’s Edition, which offers teacher’s notes and answers. Supplements are available to enhance your studies. Downloadable Audio Files contain the readings, read by Dr. Christopher Perrin. The Old Testament Timeline and Map Set corresponds to the Old Testament Books 1 and 2, and includes a quality timeline of OT events and six maps. The double-sided timeline (76”) contains all events and images on one side, and on the flip side a blank timeline with separate images/events to cut and add as studied. Full color, semi-glossy cardstock maps measure 13” x 19”. 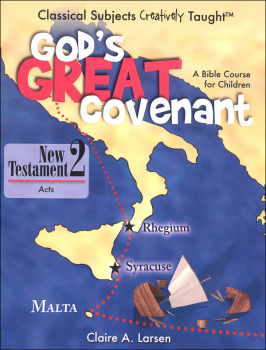