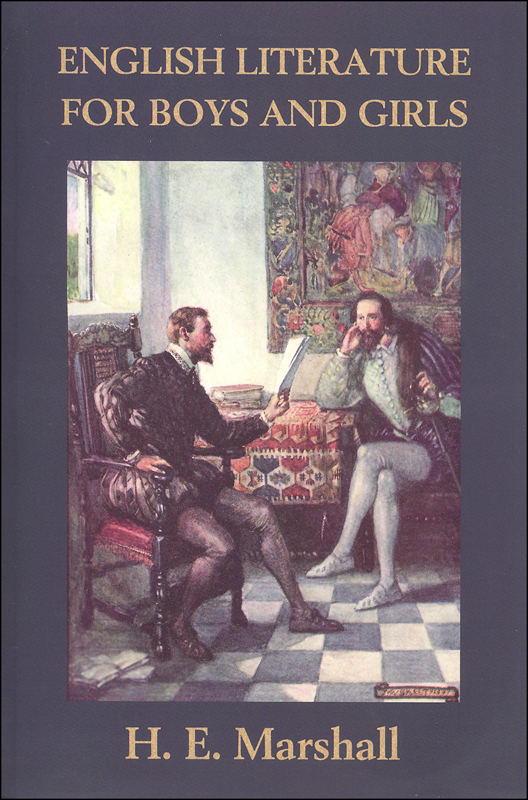 English Literature for Boys and Girls

Yesterday's Classics has found another Marshall book to reprint. Good choice. Providing a historical look at the writers of English/British literature, this collection includes background information and excerpts of their writings, interweaving the literature selection with the historical setting. It's a masterful and encompassing way to approach literature. Especially in the earlier portions, the author has tried to keep the literature in touch with history because he felt it illustrates how the political development of the country was influenced by and influenced the literary development. At the end of many sections is a list of Books to Read suggesting additional and complete works to read.

The author says the selections were chosen because they seemed to best illustrate the breadth and depth of English/British literature; although, sometimes he admits to choosing something because of its appeal to young people, as it is not always a writer's greatest or best known work that can be most easily grasped by young minds.

The selection of authors and works is massive; grand; sweeping. However, it is possible to detect an interesting bias. There are no selections from women even though there were some women who had received literary notice by the end of the nineteenth century, most notably Charlotte Bronte and Jane Austen. There seems to be equal time given to poetry and prose.

There are no lesson plans, assignment charts, or even discussion questions. The publisher does provide a chronological list of the writers included correlated with a list of monarchs that would make it easy to correlate readings to historical studies. Although this would not be considered a complete literature course, it is a valuable collection of well-selected literary works beautifully presented with comprehensive historical and literary analysis. 666 pgs, pb. ~ Janice

Delightful introduction to the writers of English literature whose works hold the greatest appeal for the youthful reader. The life and personality of each author is given in outline, with enough material quoted from his works to give an idea of what he wrote. For most authors suggestions for further reading are included. The outline of historical background enables the young reader to grasp the connection between the literature and the life of the time. Excellent as a companion to a chronological study of English literature. Ages 12-15 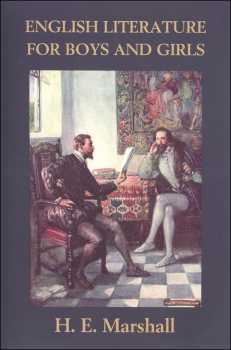