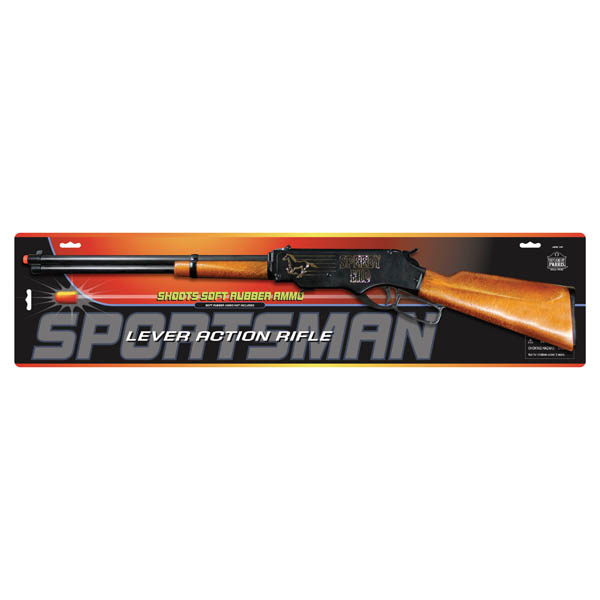 Category Description for ACTIVE PLAY / OUTDOOR TOYS:
Primary Subject
Games, Puzzles & Toys
Grade Start
9
Grade End
AD
Note 1
This item cannot be shipped to California. It will
Note 2
be automatically cancelled if shipping to California.
EAN
047379046109
Format
Other
Brand Name
Parris Manufacturing
Weight
1.55 (lbs.)
Dimensions
33.75" x 8.0" x 1.75"
Powered by TurnTo
Questions that need answers | My Posts
Start typing your question and we'll check if it was already asked and answered. Learn More
Do not include HTML, links, references to other stores, pricing or contact info.
My question is about:

Powered by TurnTo
Review More Purchases | My Posts
5.0 / 5.0
2 Reviews
5 Stars
4 Stars
3 Stars
2 Stars
1 Star
2
0
0
0
0
A glimpse into the past, teaches respect for a firearm, w/o harm
I've been a fan of these toy firearms since I was a child. They offer knowledge of how the firearm works without the heavy consequence if mishandled.

The gummy bullets can travel at a decent velocity (do not mistake that), showing the child that they can be dangerous.

If you're there when they use it, you can teach them that the real ones are far more damaging and require MORE respect.

A great learning tool and very fun to shoot!
April 18, 2020
Dan B
Purchased
4 months ago
My sons (ages 7 & 10)really enjoy their Speedy Kid Rifles They set up plastic animals in the bookshelf and target shoot for hours The gun itself is really great quality from what we have seen so far It hasn't jammed up and the bullets shoot out really fast The boys shoot into the bookshelf so they can find the bullets again easily Care needs to be taken when shooting I would think the bullets would sting a bit if they hit a person It's a good beginning start with a gun
November 23, 2012
Lisa Lind 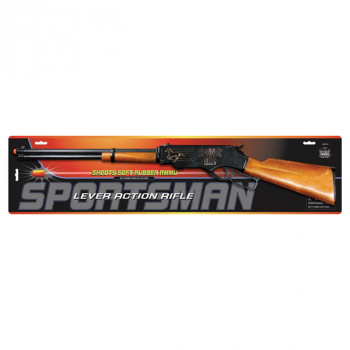