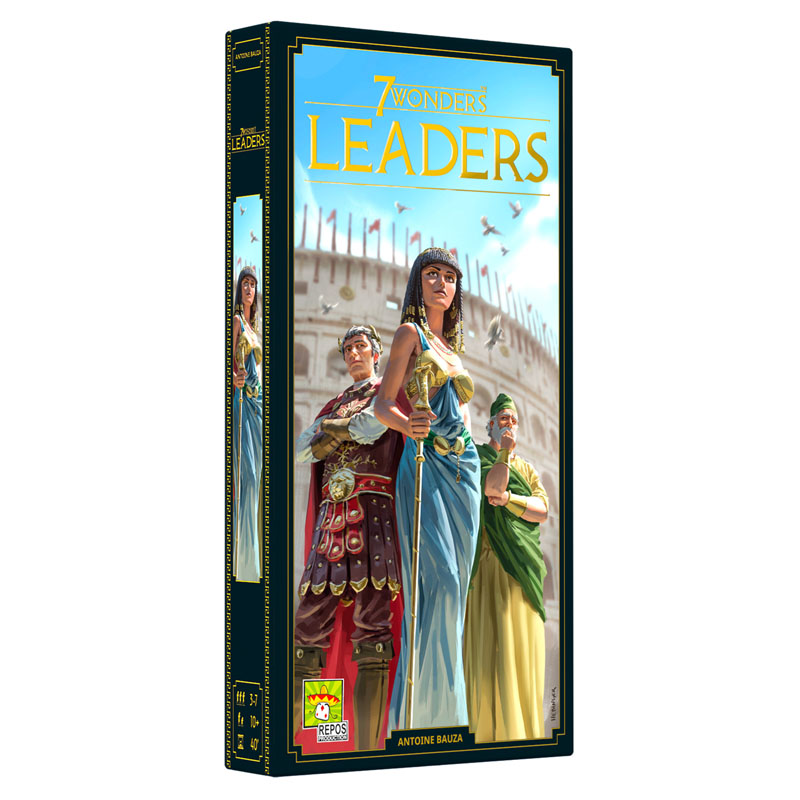 If you're ready to add another dimension to the original game, this expansion does just that. It includes a deck of 36 Leaders, from Plato to Leonidus to Ramses, each of which gives you some sort of bonus or benefit. Some of these benefits include a discount in the cost of certain cards, the ability to buy resources from the bank, extra victory points, and added military strength. To add the Leaders to the original game, each player assembles a deck of four leaders at the beginning of the game. As in the original, this is accomplished through the same "pick one and pass the rest on" style. Then before each age begins, each player may choose one of their leaders to build, for a total of three by the end of the game. This expansion enhances the game well in that some of the leaders complement certain boards/strategies very well, plus they can also help you plan your strategy early on. Besides the leaders, this expansion includes a new board (Rome), as well as four new guild cards and additional coins. Please note that you need the original game in order to use this, and even though a new board is added to the mix the game can still only accommodate 2-7 players.

This intriguing game is designed around several unique factors. First of all, each player begins with a different board featuring one of the Seven Ancient Wonders the Hanging Gardens of Babylon, The Great Pyramid of Giza, etc. The boards share similar features although each one has distinctive characteristics. Each board has 2-3 benefits (+coins, + points, etc.) as well as one resource it produces. There are three rounds in the game, referred to as ages. Each age has its own deck of cards, and at the beginning of an age players are dealt seven cards. They pick a card to play and then pass the remaining cards to their neighbor, strategically choosing cards from each hand that will benefit them the most. There are seven different types of cards, including resource cards, which are needed to buy most of the other cards. In the first age, the cards are inexpensive and players build up their resources and lay the foundation for the game. By the third age the cards are fairly expensive and it's crucial to make the best decisions in which cards you build, and which ones you allow to be passed on to your neighbors! At the end of the third age, players tally their points to reveal who got the most victory points to win the game. With a lot of variation between games due to the differing boards, randomness of the card decks, variety of winning strategies, and even the difference of whoever you happen to be sitting by, this one offers a lot of re-playability. 2-7 players. Please note that some cards such as "the Baths" and "the Temple"  show partial nudity and you may wish to alter these before playing.

Powered by TurnTo
Review More Purchases | My Posts
5.0 / 5.0
1 Review
5 Stars
4 Stars
3 Stars
2 Stars
1 Star
1
0
0
0
0
Rated 5 out of 5
Adds a fun new layer to the game!
The leaders expansion provides a new twist that had me rethinking my whole strategy for the game. The leaders are crucial to your phase planning and can give you a huge edge when played correctly. Was easy to learn the additional rules!
January 11, 2021
Braden R
Purchased
over 2 years ago 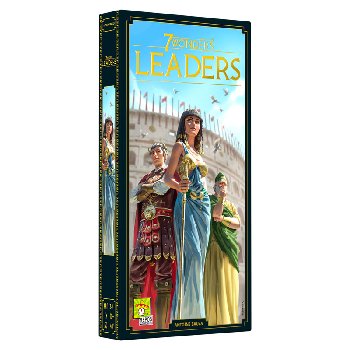