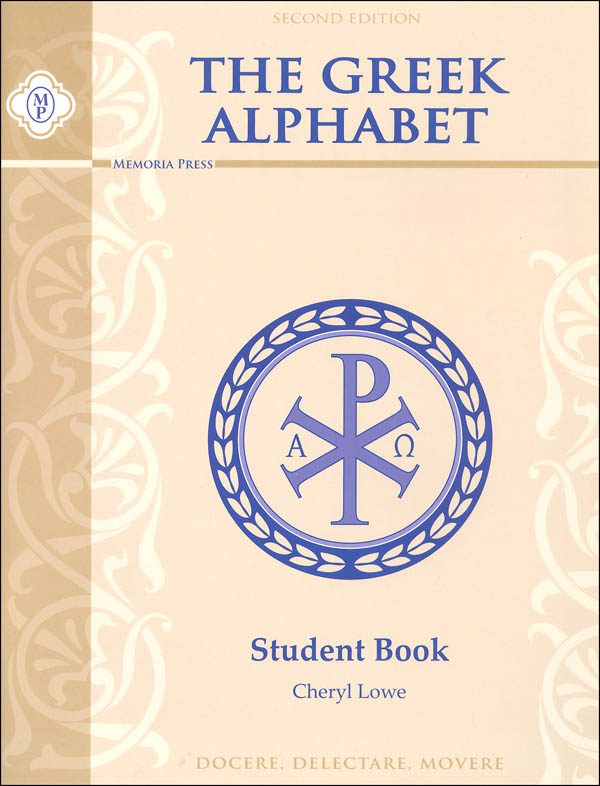 Designed as an introduction to the Greek alphabet, there are three units I (8 lessons): presentation of the Greek alphabet, II: reading & writing Greek, and III: accents, diphthongs, breathing marks, and iota subscript. Lessons consist of the introduction of three letters followed by a cumulative review and a quiz. The last two units do not have separate lessons and appear to be a combination of review and introductory application of the alphabet. The Student Text (a consumable workbook) introduces the letters in lowercase and uppercase forms along with their English name and pronunciation. Students are given the opportunity to trace and write the letters. Fill-in-the-blank questions reiterate the miscellaneous information given about each letter. The Teacher Key is simply the student pages with answers filled in. This program is in beta form and although there is a hint of the typical clearness and user-friendliness of MP material, I expect we may see some changes in this program as it matures. Both books are 82 pgs, comb-bound. ~ Janice

Lesson plans for 30 weeks lay out a time table for using the Greek Alphabet book twice a week as you prepare your students before delving into study of the language itself. These are simple, but a timesaver for a busy parent. Desk charts includes 2 reference charts: one with the alphabet showing each letter in upper and lower case & the sound the letter makes. The other chart shows diphthongs, nasal gamma, syllables, accents, iota subscript and breathing marks. These are made of lightweight cardstock and colored in shades of green. Wall charts show the same exact images, but in poster size. ~Sara

Powered by TurnTo
Review More Purchases | My Posts
5.0 / 5.0
1 Review
5 Stars
4 Stars
3 Stars
2 Stars
1 Star
1
0
0
0
0
Rated 5 out of 5
Effective and Helpful Introduction to Greek Alphabet
I have never learned Greek, nor has my husband, so when our oldest asked to start learning, we started with an introductory book from another publisher, as we mistakenly thought it would be an enjoyable and memorable introduction. While our child certainly enjoyed the book, we have found this guide to be easier for him to remember. He is only in second grade, so it could just be that the other guide, while fun, was really meant for slightly older children. MP's Greek Alphabet book would still be my choice, though, even for slightly older children. I might use the book from the other publisher AFTER the MP book, perhaps as a fun reinforcement.
December 11, 2017
User
Purchased
over 4 years ago 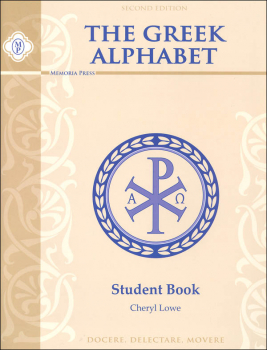