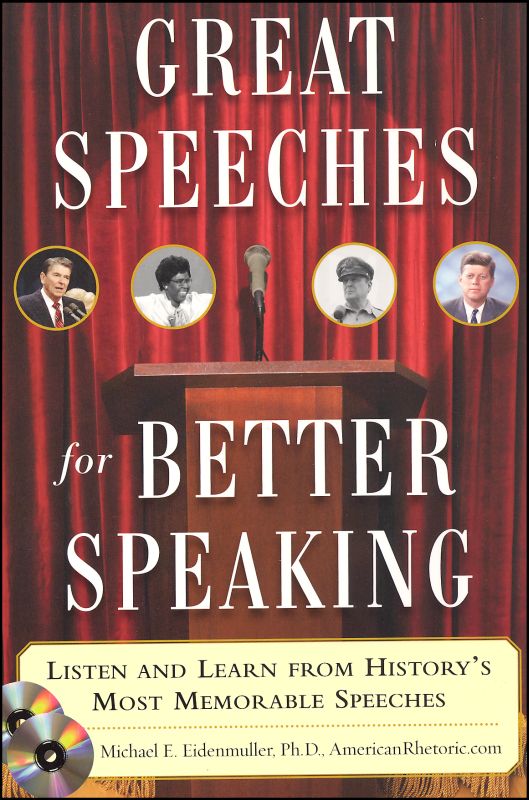 Become a better public speaker by studyingand listening tosix great American speeches from the 20th century with this book and CD set. More an in-depth analysis of particular speeches than a "how to" book, each chapter focuses on a particular speech in the context of a theme. Each chapter presents the speech in "bite sized" pieces, followed by an analysis of the techniques used to persuade and move the audience. Biographical information about each speaker and historical background information are also given to help place the speech in context. You can listen to the speeches as you study them, as two audio CDs are included, featuring all six of the speeches in their entirety. The six speeches studied are Ronald Reagan's Space Shuttle Challenger Address, Edward M. Kennedy's "Faith and Country, Tolerance and Truth in America", Douglas MacArthur's Thayer Award Acceptance Address, John F. Kennedy's Inaugural Address, Barbara Jordan's Statement on the Articles of Impeachment, and Mary Fisher's 1992 Republican National Convention Address. An appendix includes transcripts of the speeches in their entirety, a glossary, and list of references. 209 pgs, pb. ~ Lisa 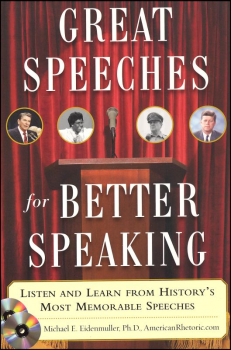