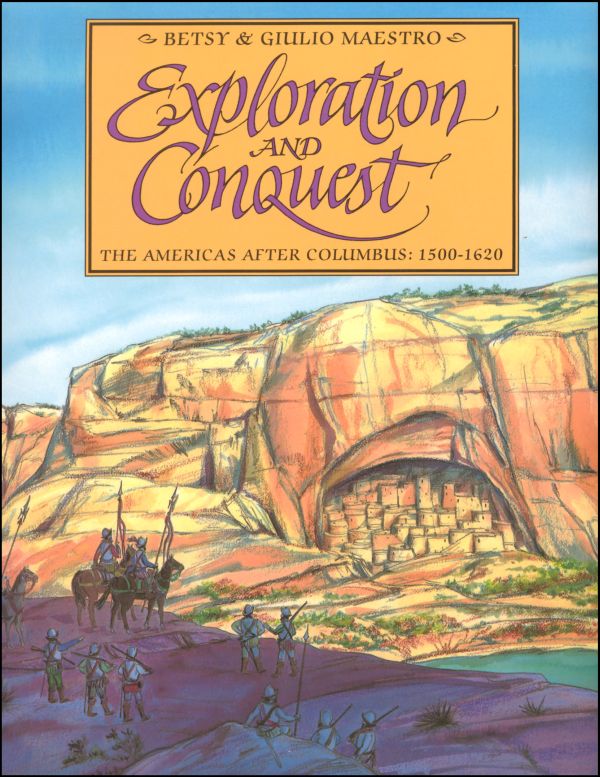 This storybook gives a good overview of the various explorations that shaped the Americas from 1500 to 1620. Full-color pages and maps illustrate, while details about the various notable travelers, soldiers, treasure hunters, and explorers are shared. The tone of the book is a bit negative, as the explorers are sometimes presented as money and power hungry conquerors who demolished native people and lands, but readers will get introduced to some of the more notable explorers and the areas they made an impact in. The book discusses why different people traveled and explored and who financed the trips, major events and conflicts that occurred with native people, settlements that were established, development and expansion of maps, what life was like for explorers and settlers, and other important events. Kids will get a good look at the era that brought new people into Americas and dramatically expanded the known world. Columbus, Hernan Cortes, Francisco Pizarro, John Cabot, Giovanni da Verrazano, Jacques Cartier, John Hawkins, Francis Drake, John Smith, and Samuel de Champlain are a few of the explorers mentioned. No one person is covered in great detail; instead, the book is more of a flowing narrative that shows how events progressed until the New World was settled. By Betsy and Giulio Maestro, 48 pgs, pb. ~ Rachel 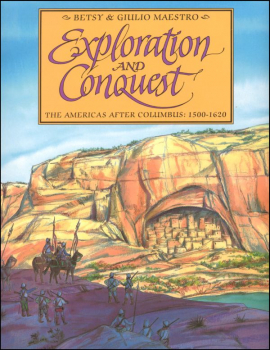