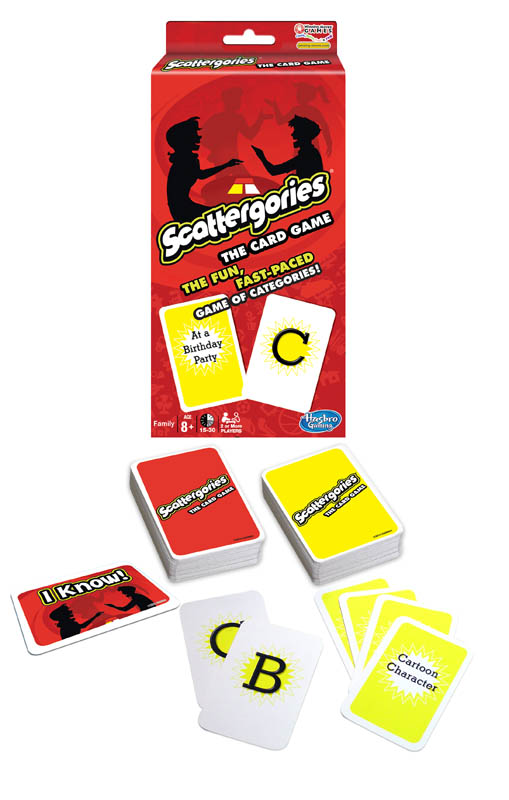 In this outtake on the classic game of Scattergories, players must think even faster than in the original version! The game consists of two decks of cards one containing categories, and one containing letters. One of each is flipped, and the first player to slap the "I Know" card and shout out their answer gets to take one of the cards. For example, the category card says animal, and the letter is T. If you happen to shout out "tuatara" before someone else thinks of "tiger," then you win a card. A replacement card is then flipped, and play continues until one of the decks is gone. Whoever has the most cards at the end wins the game. The combinations are endless just shuffle the decks and start again! Game play takes 15-25 minutes for two or more players.

Scattergories the Card Game from Rainbow Resource on Vimeo. 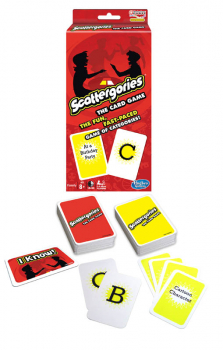