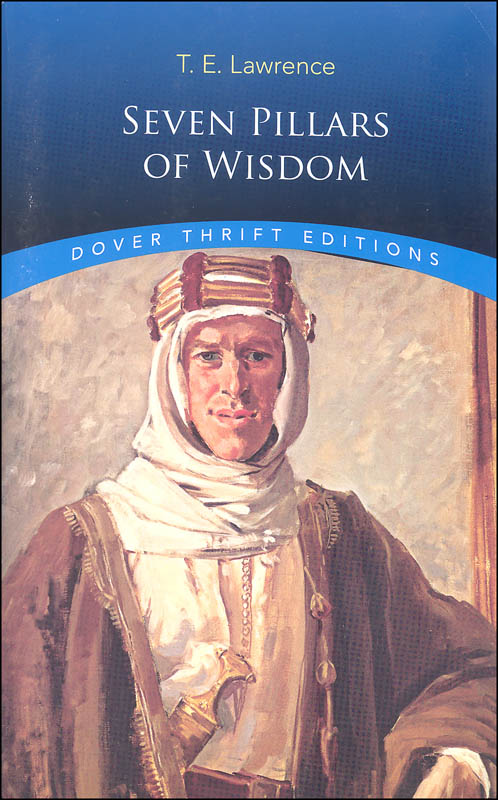 This Dover Thrift Edition of T.E. Lawrence’s autobiography is 1 ½ inches thick, with small print. This unabridged edition of the book that inspired Lawrence of Arabia begins with two pages about the author, Lawrence. The book includes a handful of drawings by the famous artist, Eric Kensington scattered throughout. 680 total pages.

T. E. Lawrence's autobiographical tale, the basis for the film Lawrence of Arabia, offers a firsthand account of the Arab Revolt against the Turks. Lawrence was already a living legend by the time of this book's initial publication, and his colorful, poetic memoir paints a fascinating portrait of the Middle East during World War I.
Faced with a deadlock on the Western front, the British pursued the opening of an Eastern front by persuading the Arabs to attack the Ottoman Empire. Lawrence's understanding of Arab culture and his skills as a tactician made him the ideal liaison. His action-packed accounts of desert campaigns and acute observations of people, places, and events form a vivid historical record that combines the power of a heroic epic with the intimacy of an autobiography. 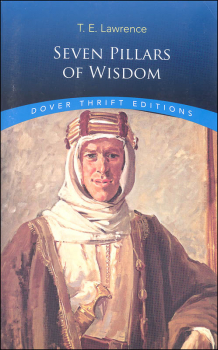