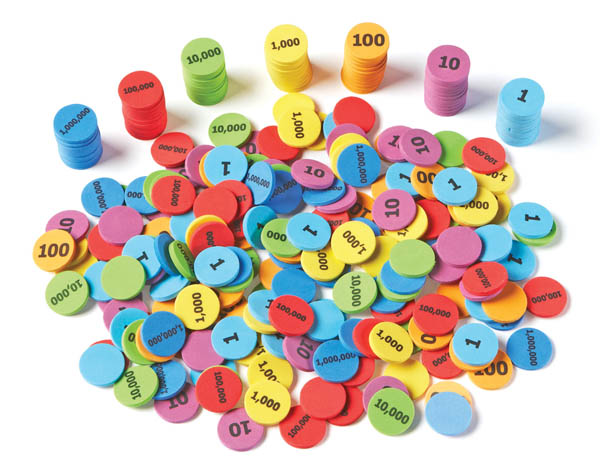 This set of soft, foam, color-coded place value disks helps math students to master place values and mathematical operations up to the millions. The set contains 280 numbered disks, forty each of ones to millions. These place value manipulatives support core math curriculums such as Singapore Math® and more. Disks measure 1" in diameter. ~ Mike

Colorful counters for mastering math! Each disk is assigned a color according to place value for easy recognition. Group the numbers together to visually track progress as you practice addition and subtraction. Includes 280 disks, 40 of each from the ones to millions places. Supports Singapore and Eureka Math. Disks measure 1" in diameter.

Category Description for COMPREHENSIVE PROGRAMS - ALL GRADES:
Primary Subject
Mathematics
Grade Start
1
Grade End
6
EAN
765023052152
Format
Other
Brand Name
Learning Resources
Weight
0.15 (lbs.)
Dimensions
8.5" x 7.5" x 2.0"
Powered by TurnTo
Questions that need answers | My Posts
Start typing your question and we'll check if it was already asked and answered. Learn More
Do not include HTML, links, references to other stores, pricing or contact info.
My question is about: 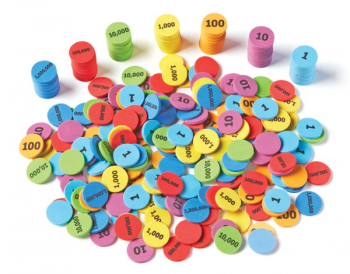