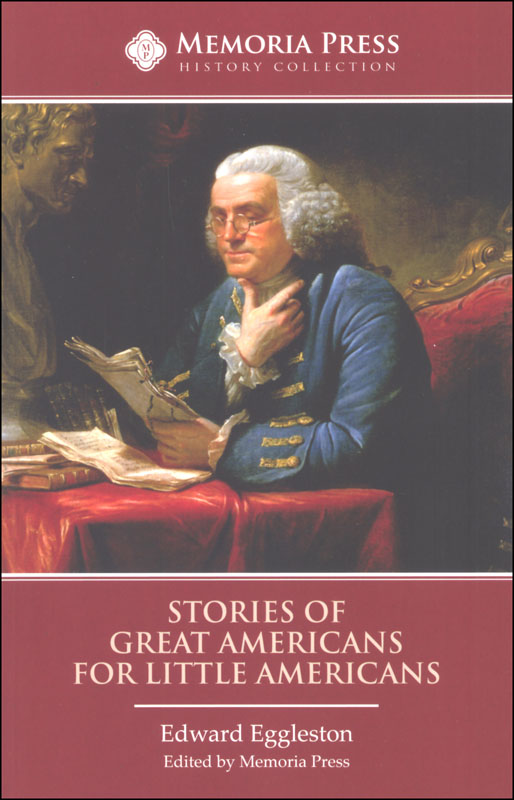 In this version, edited by Memoria Press, additional illustrations have been added to Eggleston's originals. One other feature of this version is that large words are divided into syllables for easier decoding. 134 pgs, pb

Edward Eggleston wrote this little book in 1895, and our second graders love it, so we thought we would publish it so everyone could enjoy it. We have included Eggleston's original illustrations and added some additional ones as well. Eggleston says in his preface that "the primary aim of this book is to furnish the little learner reading matter that will excite his attention and give him pleasure" and "to make the mind of the pupil familiar with some of the leading figures in the history of our country by means of personal anecdote." Students will be introduced to Washington, Franklin, Audubon, and more.

Powered by TurnTo
Review More Purchases | My Posts
5.0 / 5.0
1 Review
5 Stars
4 Stars
3 Stars
2 Stars
1 Star
1
0
0
0
0
Rated 5 out of 5
Fantastic Introduction into American History
My second grader couldn't wait for us to do history with this book. It covers a broad scope of early Americans and tells simple, captivating stories that highlight important character traits. Awesome for first and second grade!
July 6, 2019
Mom_of_3 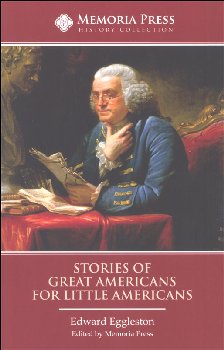