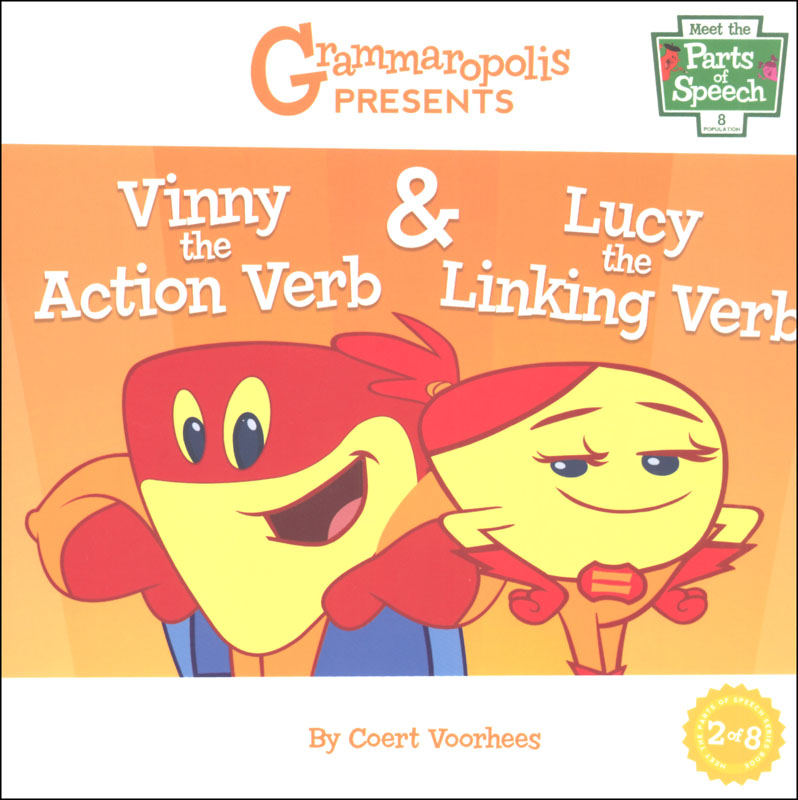 Vinny the Action Verb & Lucy the Linking Verb may disagree on some things, but they both love teaching about verbs. It's book two of the Meet the Parts of Speech series, in which the eight parts of speech are personified based on the roles they play in the sentence.

Vinny and Lucy approach life differently. He's all action, while she's content to sit back and be. With their friend Jake the adjective in trouble, however, the two verbs must put aside their differences and work together to save the day. Clear and informative back matter includes textbook-style definitions and usage examples of transitive action verbs, intransitive action verbs, and linking verbs.

Primary Subject
English/Writing
Grade Start
1
Grade End
5
ISBN
9781644420171
Format
Paperback
Brand Name
Grammaropolis
Weight
0.25 (lbs.)
Dimensions
8.0" x 8.0" x 0.12"
Powered by TurnTo
Questions that need answers | My Posts
Start typing your question and we'll check if it was already asked and answered. Learn More
Do not include HTML, links, references to other stores, pricing or contact info.
My question is about: 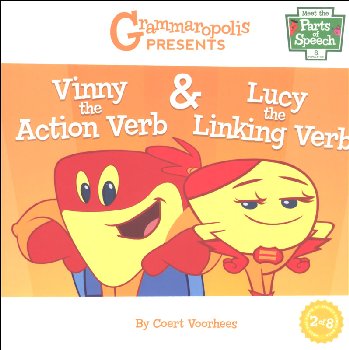