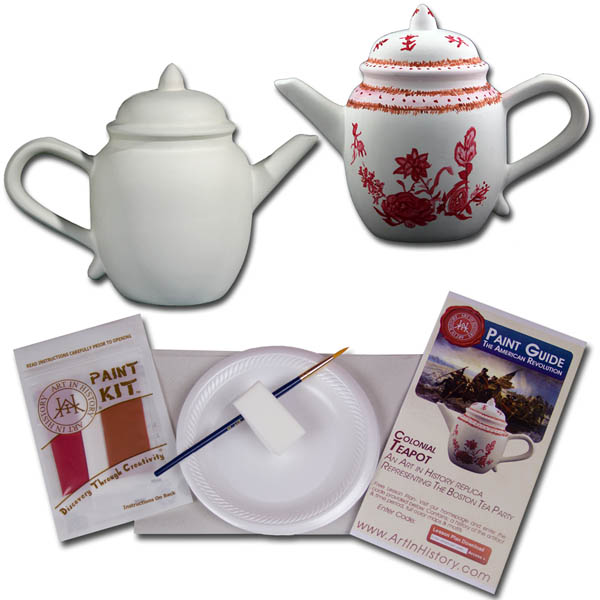 Art In History's replica allows all ages 7+ to explore The American Revolution & The Boston Tea Party in a fun and engaging activity.

Join Art In History and explore the events of the Boston Tea Party, and the American Revolution. Which ultimately lead to founding of the United States.

In the years leading up to American independence, the British Parliament passed a series of acts that angered the colonists. Which through time created a rift between the American Colonists, Britain and the King. On July 4, 1776 the Continental Congress approved a document drafted by Thomas Jefferson that called for independence. Ultimately freedom would only be attained through war. After years of fighting, on February 27, 1782, the British Parliament voted against further support of the war. This in turn secured victory and independence for the United States. Replicate a Colonial Teapot Bank today and let the learning begin!

Primary Subject
History/Geography
Grade Start
3
Grade End
AD
EAN
850497005053
Format
Other
Brand Name
Art in History
Weight
1.35 (lbs.)
Dimensions
7.0" x 7.0" x 7.0"
Powered by TurnTo
Questions that need answers | My Posts
Start typing your question and we'll check if it was already asked and answered. Learn More
Do not include HTML, links, references to other stores, pricing or contact info.
My question is about:

Powered by TurnTo
Review More Purchases | My Posts
3.0 / 5.0
1 Review
5 Stars
4 Stars
3 Stars
2 Stars
1 Star
0
0
1
0
0
Rated 3 out of 5
Good enrichment
Seems like study bisque. I was disappointed that the opening is too big for the plug. Maybe just mine though, as it looks like there would be variations. The choice of colors included are nice. Just enough for the project, about a soy sauce packet full of each color. The paint had an okay texture. The directions are brief but pictures and instructions are clear. Overall i think it would be a fun little extra activity, and even better if you get one that the plug fits.
March 27, 2017
User 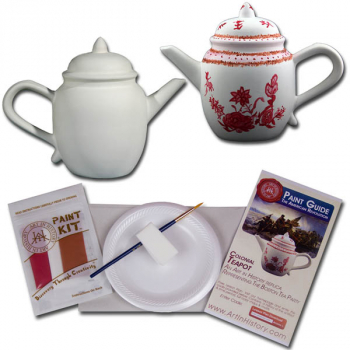