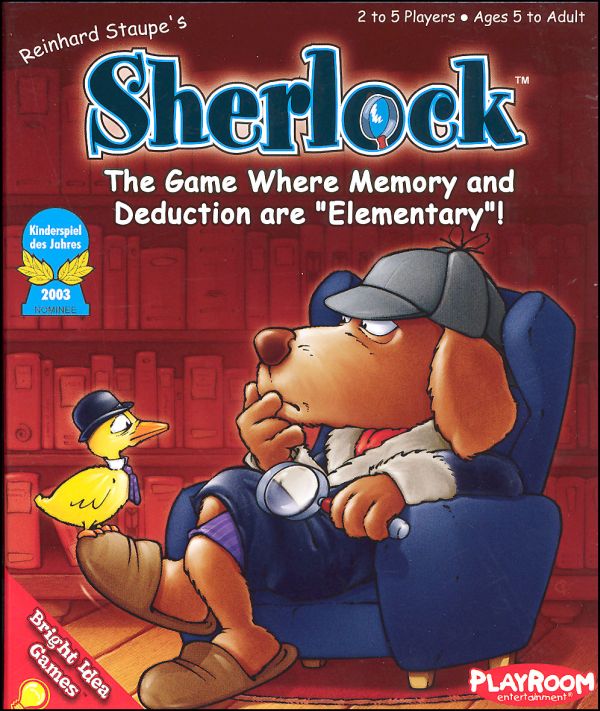 This is one of those games that the kids are going to think is hilarious when they find out they can beat Mom or Dad! To play, shuffle the 49 object cards and set in the middle of the playing area. Then take eight cards off the top of the deck and arrange them in a circle around the deck. Place them face-up for a minute so everyone can get a good look at them, and then flip them over again. You'll notice that each of the cards has a full-color picture of a common object printed on it, with an arrow and a number at the top. The youngest player gets to go first, and he starts his turn by placing the Sherlock card next to any card in the circle. The player must name the object under the card before flipping it up to see if he is right. If he is, he must follow the direction (left or right) arrow on the card and move around the circle the number of spaces indicated on the card until he stops on another face-down card. If the player names this object correctly, he can keep going until they come to a card which is already flipped up. They keep this flipped-up card, and draw a new card from the deck to take the old card's place. The first player to collect six object cards is the winner! Although simple to play, you're definitely going to need sharp eyes and a good memory to win! - Jess

Powered by TurnTo
Review More Purchases | My Posts
5.0 / 5.0
3 Reviews
5 Stars
4 Stars
3 Stars
2 Stars
1 Star
3
0
0
0
0
Rated 5 out of 5
Honestly I was surprised how well my kids did at this game. We pull it out every couple of weeks and its always a hit. As a reference, I have a 5 and 3 year old.
September 16, 2018
Lesley W
Purchased
over 4 years ago
Rated 5 out of 5
Fun for moms!
Recently we had friends come over for a play date. I pulled this game out for their young children, but then the other mom and I ended up playing it. It was great brain exercise! I'm sure the kids would have enjoyed it too, if we'd let them play! :)
February 22, 2017
Amanda L
Purchased
over 7 years ago
Rated 5 out of 5
Here is a simple quick game that is truly fun for all ages! Once you've learned this game you can teach it to others in about 30 seconds It is similar to Memory games yet with a fun twist Our kids almost always win and the adults are quickly laughing at themselves at how quickly we can forget a card we just saw 3 seconds ago! I also like that it's easy to adjust the number of cards played in the initial layout so it works for everyone's ability Almost everyone we've shown it to has asked us where to buy it This is a game that we are sure to keep forever!
May 7, 2013
Jennifer Schneider 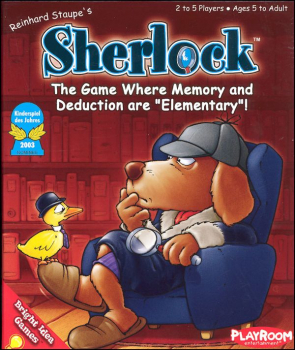