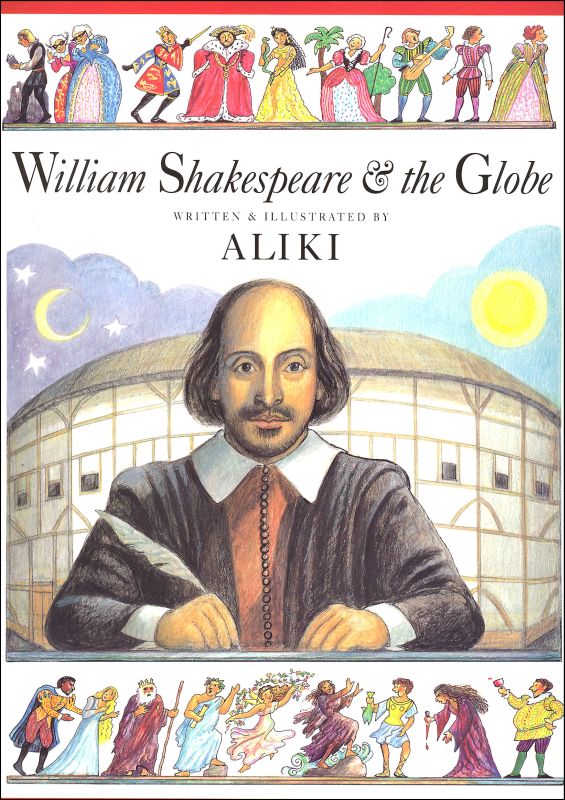 When you think Shakespeare, you think plays. When you read Shakespeare, you read plays. When you memorize Shakespeare, you memorize plays. When you dream Shakespeare well, actually, I hope you don't dream Shakespeare - but I do hope you have an interest in exploring the history of such an influential man. Author Aliki has done a marvelous job in this book for young people. Written as a five-act play itself, the first four acts give us the run-down of Shakespeare's life, from his birth and childhood to London, the queen, the theatre, the plays and poems, the Globe, and the other major points of his life. The fifth act is about a man named Sam Wanamaker and his dream to reconstruct the Globe theatre. It tells how they did this on the original site, using authentic materials and construction methods. The book also includes a list of Shakespeare's works, a chronology of his life, words and expressions he invented, and places to see when visiting Shakespearean sites. It is a colorful, well illustrated, 48-page soft cover book that will hold your interest right to the end. ~ Zach 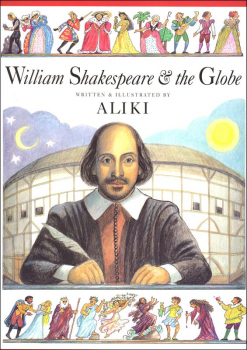