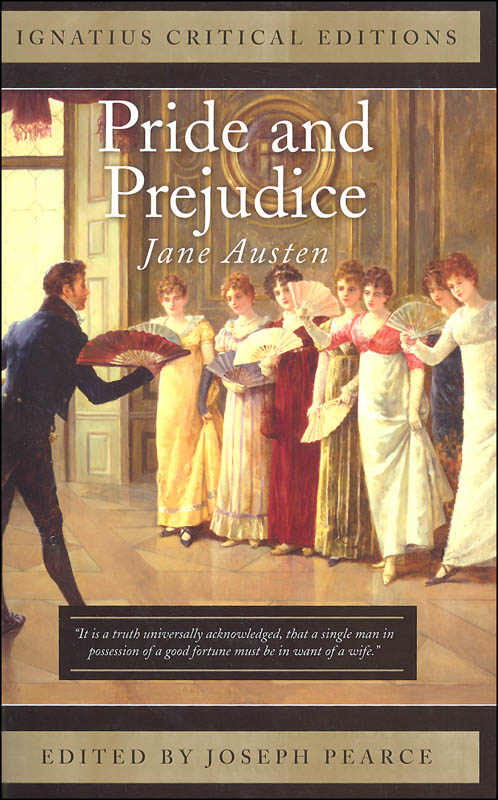 Jane Austen is arguably the finest female novelist who ever lived and Pride and Prejudice is arguably the finest, and is certainly the most popular, of her novels. An undoubted classic of world literature, its profound Christian morality is all too often missed or wilfully overlooked by today's (post)modern critics. Yet Austen saw the follies and foibles of human nature, and the frictions and fidelities of family life, with an incisive eye that penetrates to the very heart of the human condition. This edition of Austen's masterpiece includes an introduction by Professor Christopher Blum and several insightful critical essays by leading Austen scholars.

The Ignatius Critical Editions represent a tradition-oriented alternative to popular textbook series such as the Norton Critical Editions or Oxford World Classics, and are designed to concentrate on traditional readings of the Classics of world literature. Whereas many modern critical editions have succumbed to the fads of modernism and post-modernism, this series will concentrate on tradition-oriented criticism of these great works. Edited by acclaimed literary biographer, Joseph Pearce, the Ignatius Critical Editions will ensure that traditional moral readings of the works are given prominence, instead of the feminist, or deconstructionist readings that often proliferate in other series of 'critical editions'. As such, they represent a genuine extension of consumer-choice, enabling educators, students and lovers of good literature to buy editions of classic literary works without having to 'buy into' the ideologies of secular fundamentalism.

When Charles Bingley, a young but wealthy nobleman, moves into a nearby estate, it is cause for much excitement, especially for the Bennet family (with five unmarried daughters). Charles takes an immediate liking to the oldest daughter, Jane, but the true romance and story revolves around the headstrong second daughter, Elizabeth. Charles's friend Mr. Darcy finds himself gradually enticed by Elizabeth's wit and charm (though the two are initially cold and unreceptive towards each other). Perhaps the most famous of Jane Austen's novels, Pride and Prejudice provides an entertaining look into 19th century English country life and into one of literature's most famous courtships. We offer several editions of this popular novel, which are all paperback and unabridged. ~ Enh 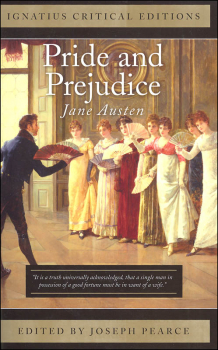