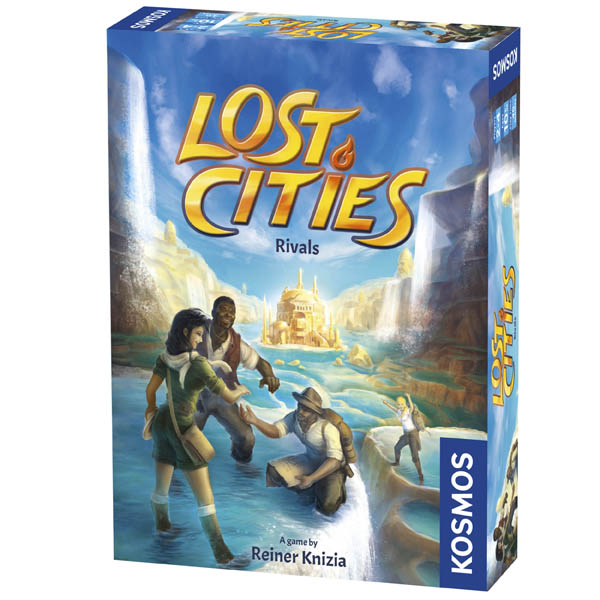 Lost Cities Rivals is a very enjoyable game where you will try to gain the most fame through your expeditions. Before play starts, each player receives two starting wager cards of different colors and 36 gold coins are divided equally among players. Also, the 65 expedition cards and 15 wager cards are shuffled together and then separated into four equal decks that will be used as the draw piles throughout the game. On someone’s turn they can either decide to uncover or auction. To perform the uncover action all that is needed is to turn over the top card from the draw pile and place it face up next to other cards in a row that is called the display. If a player sees one or more cards in the display that they want to use, they will have to make a bid with their gold coins to obtain those display cards. An auction starts when a player bids at least one gold coin and then other players can either make a higher bid or pass. The player that wins the auction can use their preferred display cards to either begin new expeditions or expand the ones that they already have. Expeditions are created by combining either the numbered expedition cards or adding them to the wager cards. Each expedition created has to be complete with cards of the same color and any card that is being added has to have a higher number than any other card in that expedition. Once the last card is turned over from the final draw pile the game is over, and points will need to be added up. Players gain victory points through their expeditions and each gold coin still in possession is also worth one victory point. Whoever has the highest number of victory points has achieved the most fame and wins the game! Anywhere between 2-4 players can play and a round will usually last around 40 minutes.

Use your cards to venture down expedition routes that take you to far-flung and mysterious corners of the Earth: to an abandoned mountain temple, a decaying circle of stone, a city sunken under the sea, an ancient Stone-Age settlement, and a town inside of a mountain. Your goal is to plan the routes in such a way that they bring you the greatest possible fame. If you are especially daring, you will also be able to wager on the success of your own expeditions. But watch out: You are not the only one traveling! Which routes will you pursue and how much gold is it worth to you? Plan well and use your resources wisely. Only the player who has collected the most fame at the end of the game will be the winner.

Primary Subject
Games, Puzzles & Toys
Grade Start
5
Grade End
AD
EAN
814743013643
Format
Other
Brand Name
Thames and Kosmos
Weight
0.7 (lbs.)
Dimensions
7.12" x 5.12" x 1.5"
Powered by TurnTo
Questions that need answers | My Posts
Start typing your question and we'll check if it was already asked and answered. Learn More
Do not include HTML, links, references to other stores, pricing or contact info.
My question is about: 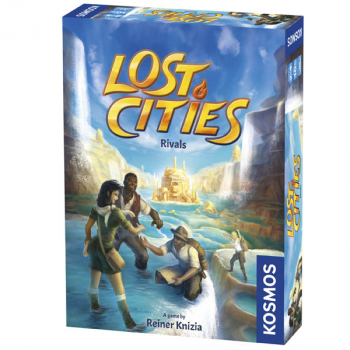