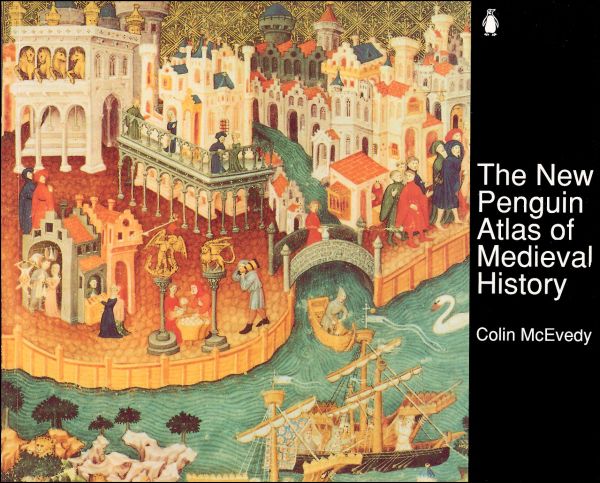 In a remarkably fluid manner, this reference shows the political, religious, and trade changes occurring in Europe, North Africa and the Near East from A.D. 362 to A.D. 1483. There are 47 maps in all, arranged in six sections. Each section features five to six maps, spaced in intervals of about 40 years which show the political boundaries of the area at that time. The last map or two included in each section depicts the territories of Christianity and Islam, and various other maps may also be included that show trade routes and cities of the period, population of various regions, or further exploration of the world. Each two-page spread consists of the map on the right-hand page, with the left-hand page providing a detailed commentary on the changes that are reflected on the map. While the commentary may be a little advanced for younger students, the maps provide an easier-to-understand visual look at the known world of the period, and could be used as visuals for a wider range of students with some explanation. The maps themselves feature black-and-white land territories and blue bodies of water. Various shading patterns make it easy to distinguish the territories of different kingdoms and peoples. Additional notes and an index are also included. A fairly compact guide, this would make an excellent supplemental resource to any in-depth study of medieval history, where students can actually "see" the shift from Roman to early modern times. - Jess

These homeschool history staples have been around for quite a few years now and remain popular as a flexible, "unit study"-like program that covers history chronologically and in-depth, using excellent supplemental resources. For most historical periods covered, there is a Famous Men book and a Greenleaf Guide. (For Old Testament and Ancient Egypt, readings are found in other sources, including the Bible and supplemental resources.) Famous Men books are reprinted from the original editions (1904) and include the original preface as well as a new preface. These volumes feature stories and black-and-white illustrations on the featured men. The content of Famous Men of Rome and Famous Men of Greece are very similar to the originals, while Famous Men of the Middle Ages includes new chapters by Rob Shearer.

The corresponding Greenleaf Guide holds reading assignments from Famous Men and the supplemental resources. vocabulary lists, pronunciation guides, comprehension questions for the Famous Men stories, a chronological overview of that period of history, a graphic timeline, key dates for the time period, suggested hands-on activities and more. Think of the guide as the lesson plans/teacher resources, and the Famous Men and study package books as the texts for each study. Emphasis is on people and hands-on activities as you study history chronologically in depth. Instead of breezing through all of world history in a year and getting only a smattering of information, use these guides and study packages to really learn about the time periods; with special emphasis on people and cultures. The studies are also Biblically-based and use Biblical standards to evaluate historical figures and events.

We have created complete and supplemental packages for each time period in the Greenleaf series. Items in the supplemental packages are specifically recommended in the Greenleaf Guides, so you will need to have the accompanying books to get the most out of each guide. Each study package has enough material to last a school year (or less if used daily. Please note that items are also available separately. 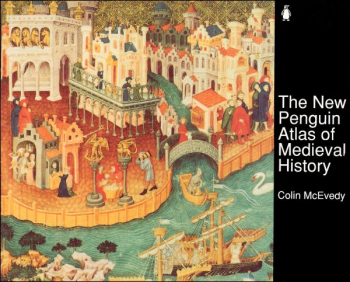