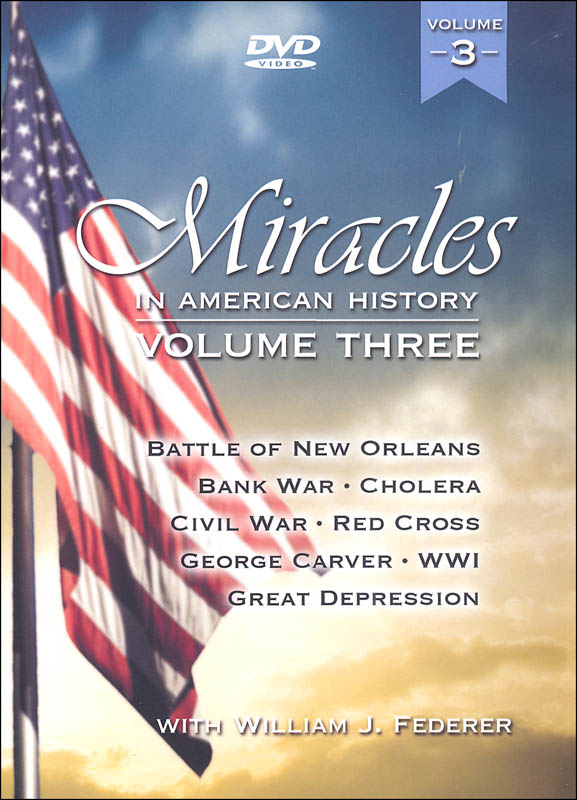 Highlights ten miraculous developments that helped to shape the outcome of historical events such as the Battle of New Orleans, the Bank Wars, the Cholera epidemic, the Civil War, World War 1, as well as the Great Depression. This DVD features ten visually captivating episodes that are all approximately five minutes in length. The inspiring presentations by William J. Federer examine a number of remarkable events that took place during the War for American Independence, as well as over the course of the nineteenth and early twentieth century. Mr. Federer is a nationally-known speaker, best-selling author, as well as host of a daily radio and TV program.

Do you know these miracles in American history?

27-World War I turns to victory for Allies

30-Prayer for Great Depression to End

Each of the three DVD's in this series feature ten visually captivating episodes that are all approximately five minutes in length. The inspiring presentations by William J. Federer examine a number of remarkable events that took place during the War for American Independence, as well as over the course of the nineteenth and early twentieth century. Mr. Federer is a nationally-known speaker, best-selling author, as well as host of a daily radio and TV program. Viewers of all ages will not only be entertained but will also learn about how the gracious hand of God has worked powerfully to establish and preserve the United States over the course of many years. ~ Mike 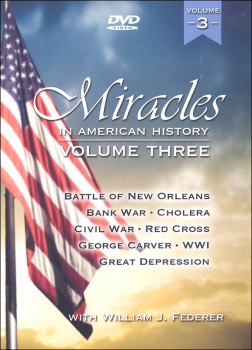