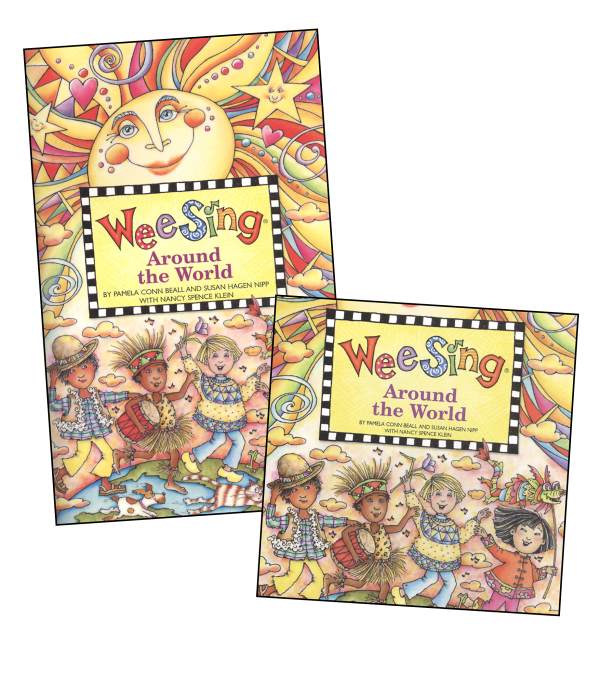 Wee Sing Around the World Book and CD

This set is a great way to introduce kids to classic and original songs from around the world. Children love to sing along, and the 64 page, small-format (5.25" x 8.25") book included provides illustrations and complete lyrics for all of the songs on the CD (written in native languages as well as English). The 44 songs are sung in both English and their original language, with an entire hour of musical entertainment in all. Listeners/singers will enjoy music from around the globe and also learn facts from songs about different people, places, and cultures. Examples of North American songs include Going over the Sea from Canada and El Coqui (The Frog) from Puerto Rico. Examples of South American songs include Ciranda (Circle Game) from Brazil and Los Pollitos (Little Chicks) from Peru. Examples of European songs include En Enebaer Bush (The Mulberry Bush) from Denmark and Coulter's Candy from Scotland. African songs include Bebe Moke (Baby So Small) from Zaire and Kanyoni Kanja (Little Bird Outside) from Kenya. Asian songs include Attal Mattal (Rhythm Game) from Iran and Ame, Ame (Rain, Rain) from Japan. A few Australian and Oceania songs are included too. With an hour of music and the lyrics included in the illustrated books, kids will enjoy this set that allows them to experience music from around the world. ~ Rachel 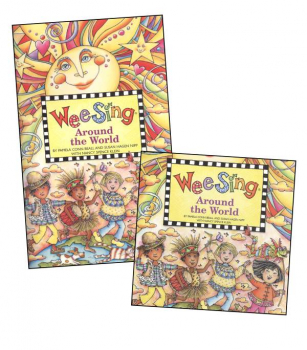