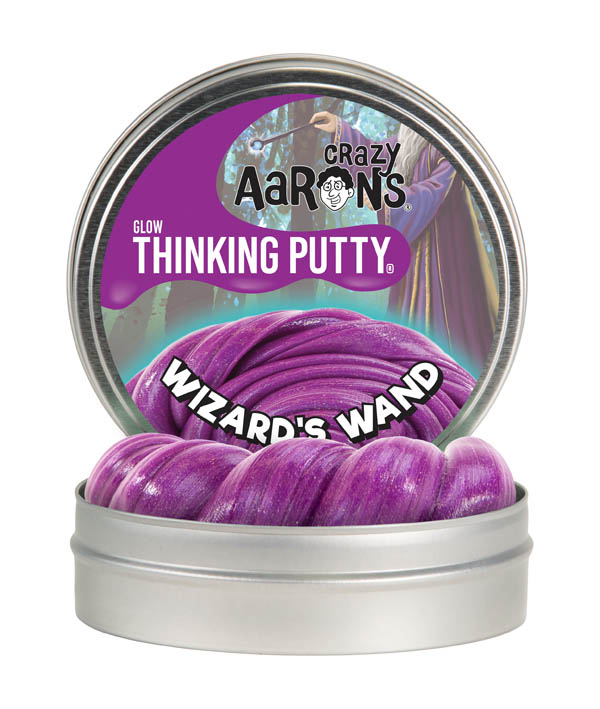 This is a rich, fuschia purple putty that when laid in the sun, will glow in the dark. Not just a little glow either, it GLOWS a funky turquoise-blue! Use a Glow Charger light (sold separately) to draw designs on the purple putty or make it glow super bright in the dark.

Known throughout history as a wise person, wizards have always held a prominent place in the evolution of humankind. From divining the future to advising royalty, wizards have used their wands as conduits to magic. Unlock your power with Wizards Wand Thinking Putty. Purple with golden sparkle, it glows an electric blue in the dark - just like the end of a wizard's wand.

Category Description for Glow in the Dark Putty:

In the daylight, this putty is pale white and acts like regular putty. But when the lights go out, it becomes vibrantly hued and full of life! You can even draw on it with the Glow Charger (sold separately).

Stretchy, bendy, breakable yet malleable Putty is so simple, so diverse, and so much fun to handle. But theres a whole lot more to putty these days! Enter Crazy Aarons Putty. Step aside, pink putty, and get ready for these wild deviations including metallics, glow-in-the-darks, magnetics, neon and more. But beyond their cool colors, the putty is great for keeping fidgety hands busy during school time and is also useful for building hand strength. Large tins have 1/5 lb of putty while Medium tins have 1/10 lb and Minis have 1/34 lb. 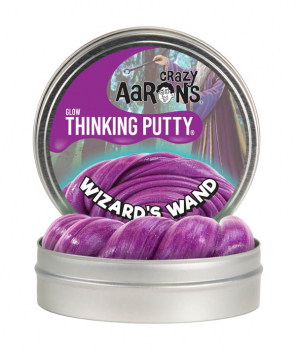