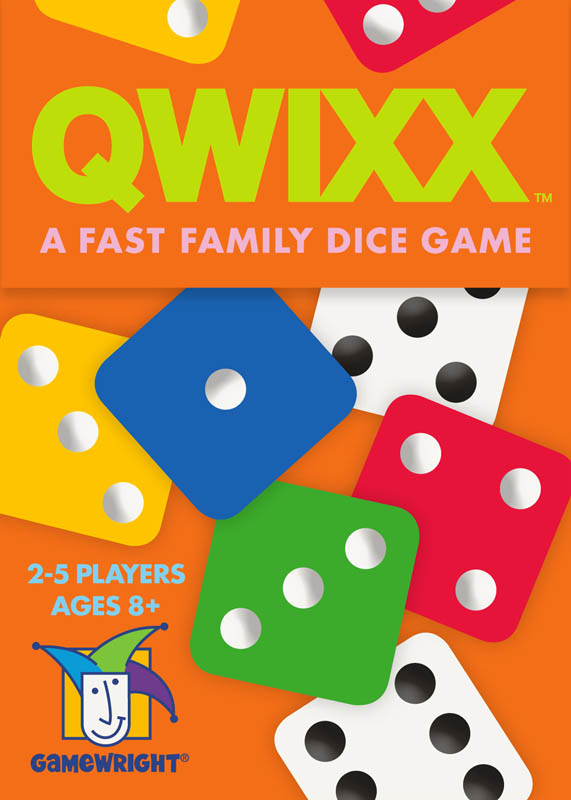 Unlike other quick-playing dice games, this one keeps players constantly engaged with opportunities to score during every turn. There is also more of a strategy element involved as players must choose between earning points early in the game at the risk of missing out on more later or waiting in the hopes of a bigger pay-off. 2-5 players, playing time 15 minutes.

This quick-playing dice game will have you on the edge of your seat from beginning to end! Qwixx is simple to play but each decision is crucial - the more numbers you cross off, the more points you score. With no downtime between turns youll have a chance to gain from each and every roll. Just one round of this thrilling game and you will be caught up in Qwixx-fever!

We first discoverd this clever little dice game at the Essen game fair and it had us hooked after only one round of play. Who would have guessed thered be so many exciting twists and turns in such a small game? We love how all players are involved with every roll of the dice. With simple rules, fast decision-making and thrilling risk-taking, Qwixx is sure to become a dice classic!

Unlike other quick-playing dice games, this one keeps players constantly engaged with opportunities to score during every turn. There is also more of a strategy element involved as players must choose between earning points early in the game at the risk of missing out on more later, or waiting in the hopes of a bigger pay-off. The exciting family dice game is now also available in a card game version! In addition, there are 2 new ways of playing, by mixed-up numbers or mixed-up colors. The Qwixx Mixx Score Pads support the new style of playing, having 100 score sheets for each style (200 sheets total). 2-5 players, playing time 15 minutes.

Primary Subject
Games, Puzzles & Toys
Grade Start
3
Grade End
AD
EAN
0759751012014
Format
Other
Brand Name
GameWright
Weight
0.35 (lbs.)
Dimensions
5.25" x 3.75" x 1.25"
Powered by TurnTo
Questions that need answers | My Posts
Start typing your question and we'll check if it was already asked and answered. Learn More
Do not include HTML, links, references to other stores, pricing or contact info.
My question is about: 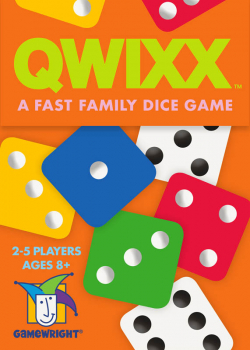