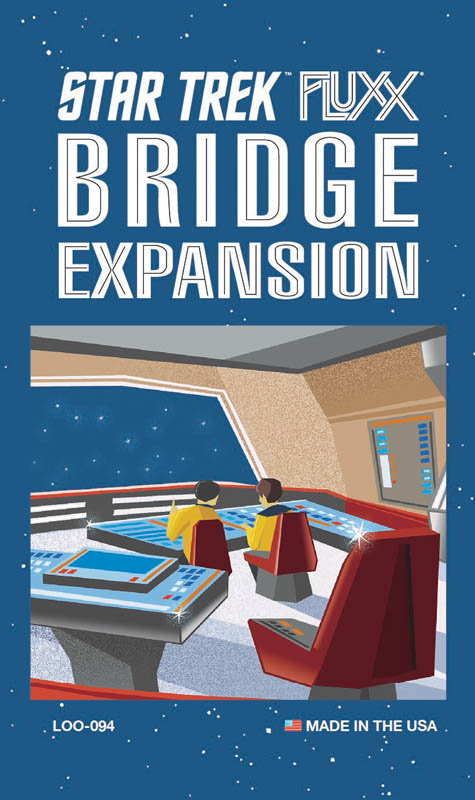 While the Star Trek Fluxx games are already designed to be combined, the Bridge Expansion exists to make them better together. It adds 1 new Rule, 1 new Keeper, and 10 new Goals to “bridge” the gap between generations!

Do you want to be able to shuffle yourStar TrekFluxxtogether with yourStar Trek: TNGFluxx?Great! We designed them to be combined! And the 12-card Bridge Packexpansion card to make iteven better. The Bridge Keeper lets you takecontrol of either Enterprise, and a host of new Goalslet Kirk meetPicard, Spock meet Data, and the Past meet the Future!

Are you prepared to boldly go where no Fluxx game has gone before? Based on the ever-changing, endlessly-enjoyable Fluxx series, Star Trek Fluxx takes gameplay to an entirely new quadrant! The basic rules remain the same, but each deck features a full set of Keepers, Creepers, and Goals entirely based on notable episodes or recurring themes from the shows. Further enhancing the chaos and making each version feel different are a handful of themed Actions and Rules unique to the shows. If you’re a Trekkie and enjoy the fantastically frenetic Fluxx franchise, it would be “highly illogical” not to try this series out! 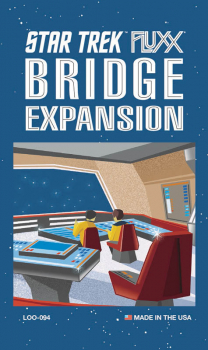