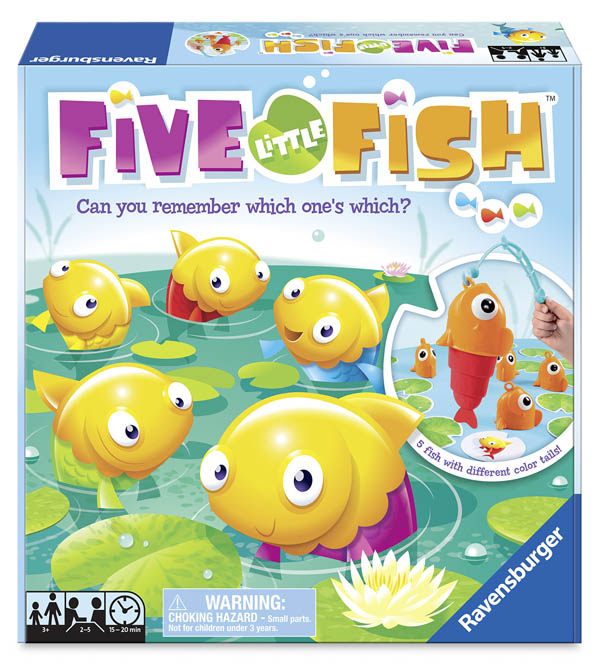 A competitive memory game with a fun tactile element, up to five players can compete to catch cute goldfish with collapsible tails. There are only five fish to catch, and each one has a tail of a different color that collapses into their head, so each fish looks alike until you pick it up and you see the tail! Players take turns flipping over lily pads which tell you which fish to catch based on the tail color. At the beginning of the game, players will be trying to distinguish the correct fish from the center of the table, but after several players have caught a fish, you'll need to remember who has the purple fish, the red fish, etc. Play continues until all cards have been drawn, and the player with the most fish at the end wins! For 2-5 players.

Flip a Lily Pad Card to see which fish to catch. Use a Fishing Rod to hook the fish you think will match. If it's a match, you keep the catch! Pay close attention! The fish change positions. Can you remember which one's which? Catch the most fish to win! 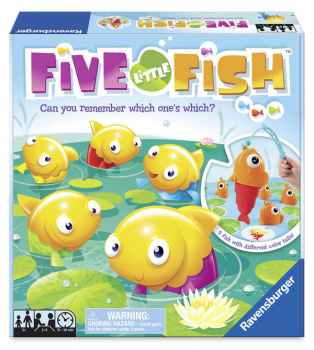