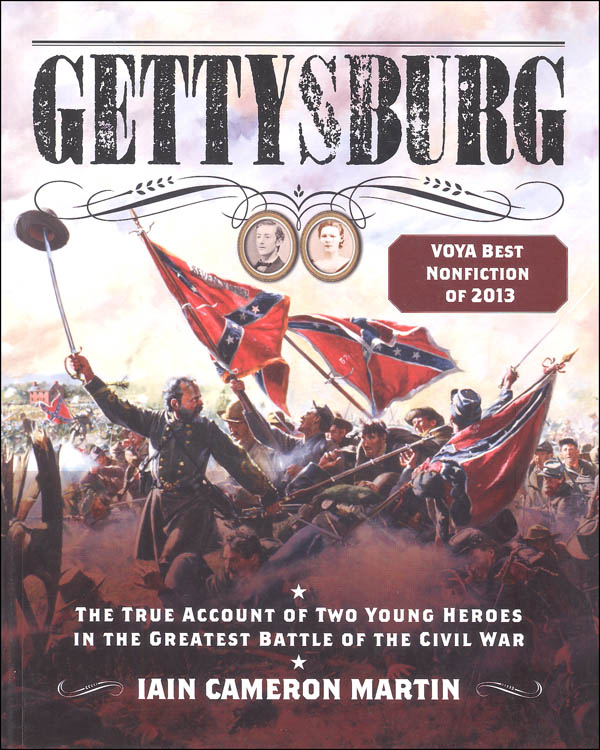 One of the major turning points of the civil war, the Battle of Gettysburg sealed the fate of the Confederacy and served as a springboard for one of President Lincoln's best-known speeches. It also represented some of the South's proudest moments of bravery and courage in the face of devastation. This book covers the lead-up, battle itself, and its aftermath in an in-depth fashion somewhere between a textbook and a narrative. This style serves well as an able supplement to Civil War courses. Important words are also bolded and defined in a glossary. Adding flavor and substance are quotations, contemporary illustrations, and biographies of major figures like Robert E. Lee. Though long-decided, the Battle of Gettysburg represents a crucial moment of American history, ready to captivate any reader with its story of bloodshed, bravery, and glory. 189 pgs, sc.

In the summer of 1863, General Robert E. Lee and the Army of Northern Virginia advanced into Pennsylvania in a daring offensive to win the Civil War in a single campaign. They met the Union Army at a quiet crossroads town called Gettysburg and engaged in the greatest battle ever fought on American soil. Three days of combat ended on July 3 with Pickett's Charge, a heroic assault by nine of Lee's brigades against the Union defenses on Cemetery Ridge. Their repulse at the stone wall became known as the "high-water mark" of the Confederacy. At the dedication of the Soldiers' National Cemetery that November, Lincoln used the occasion to deliver his Gettysburg Address, a short, two-minute speech that became the most famous in American history.

In this original retelling of the Gettysburg story, Iain Martin draws upon firsthand accountsfrom the generals to the lowly privates and civilians caught in the epic struggle. Readers will discover history through the experiences of two Gettysburg teenagersMatilda "Tillie" Pierce and Daniel Skelly. Featuring the artwork of Don Troiani, photos, full-color maps, interesting tales, and trivia, Gettysburg: The True Account of Two Young Heroes in the Greatest Battle of the Civil War gives young readers a fascinating look into this great turning point of American history. 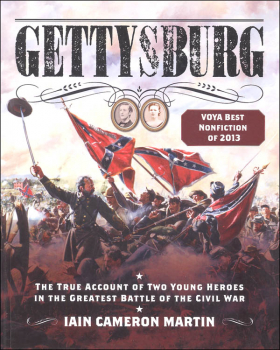