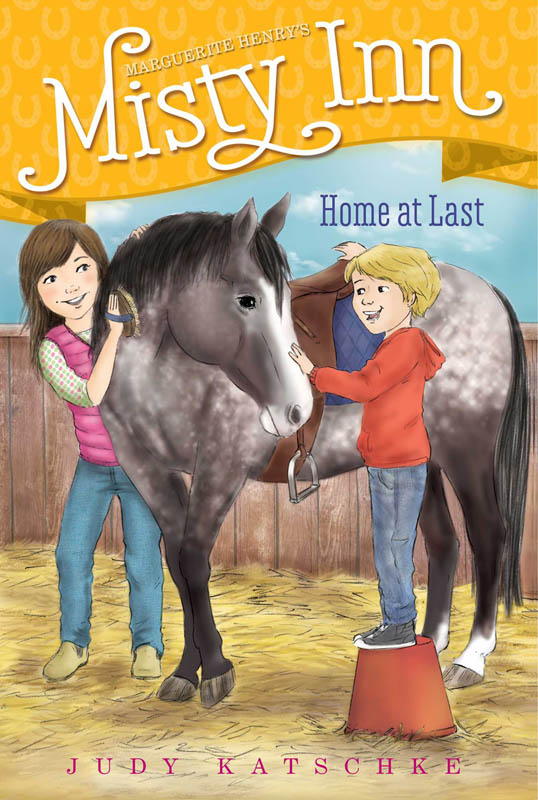 Ben decides he wants his own pony in this eighth book of a chapter book series inspired by Marguerite Henry’s Misty of Chincoteague.

Even though Ben is allowed to ride and groom his sister’s pony, Starbuck, everyone knows Starbuck is really Willa’s pony: the two are inseparable, as close as a girl and pony can be. But then the kids discover a wild, renegade pony plucking apples from a tree. Ben names the pony Winesap, but Willa doesn’t want her brother to grow too attached, as she’s sure they’ll find his original owners and Ben will be heartbroken when he’s returned. But it’s too late, and just like that, Ben and Winesap become the best of friends. Will Ben finally get to have a pony of his own?

A series that any young horse lover would enjoy, the Misty’s Inn Series is about two young horse enthusiasts who have recently moved to Chincoteague, Virginia. Willa and Ben, a brother and sister duo, have just left Chicago to move near their grandparents – where their parents are launching a new family bed-and-breakfast inn. Despite Ben and Willa’s disappointment of moving away from their home and friends, they are excited to be able to be near their grandparents…and possibly see wild horses on the beach of Chincoteague. Willa had heard of stories and legends about the wild horses since she was a little girl. If only she would have the opportunity to see one for herself.

Willa and Ben’s grandparents are the owners of a horse ranch. When a new horse named Starbuck is unexpectedly dropped off at the ranch, it instantly has the full interest of both Willa and Ben. This series covers many exciting experiences and adventures that the two young siblings encounter at their parent’s new inn. Each book has about 125 pages, pb. ~ Brianna 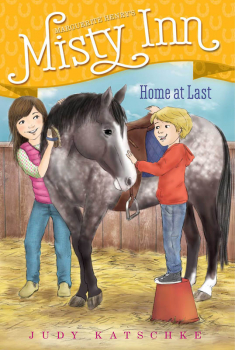