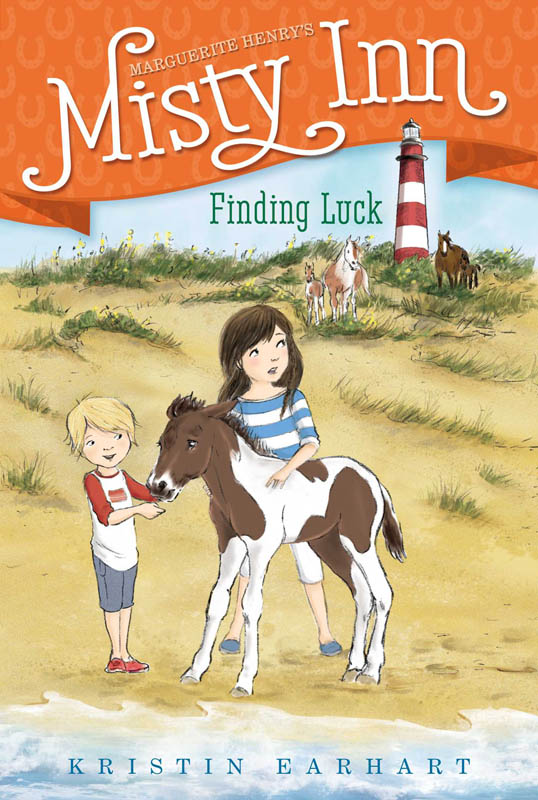 The Dunlap’s bed and breakfast is finally ready for the grand opening—or is it?—in this fourth book of a chapter book series inspired by Marguerite Henry’s Misty of Chincoteague.

It’s time for the grand opening of Misty’s Inn and Willa and Ben have been on their best behavior helping their parents get everything in tip-top shape! But they’re tired of being up to their ears in lumpy mattresses and dust bunnies. Willa and Ben would much rather be helping their Grandma Edna reunite a foal with its missing mother. But as one disaster after another keeps happening at the Inn, the Dunlaps begin to worry that maybe running a bed and breakfast wasn’t such a great idea after all. Will the Dunlaps be able to get everything ready in time, or will their dreams of running a successful inn disappear like the horse they’re trying to save?

A series that any young horse lover would enjoy, the Misty’s Inn Series is about two young horse enthusiasts who have recently moved to Chincoteague, Virginia. Willa and Ben, a brother and sister duo, have just left Chicago to move near their grandparents – where their parents are launching a new family bed-and-breakfast inn. Despite Ben and Willa’s disappointment of moving away from their home and friends, they are excited to be able to be near their grandparents…and possibly see wild horses on the beach of Chincoteague. Willa had heard of stories and legends about the wild horses since she was a little girl. If only she would have the opportunity to see one for herself.

Willa and Ben’s grandparents are the owners of a horse ranch. When a new horse named Starbuck is unexpectedly dropped off at the ranch, it instantly has the full interest of both Willa and Ben. This series covers many exciting experiences and adventures that the two young siblings encounter at their parent’s new inn. Each book has about 125 pages, pb. ~ Brianna 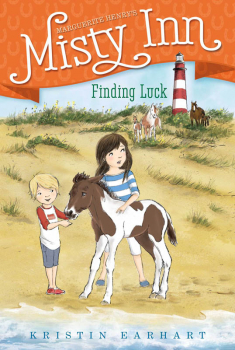