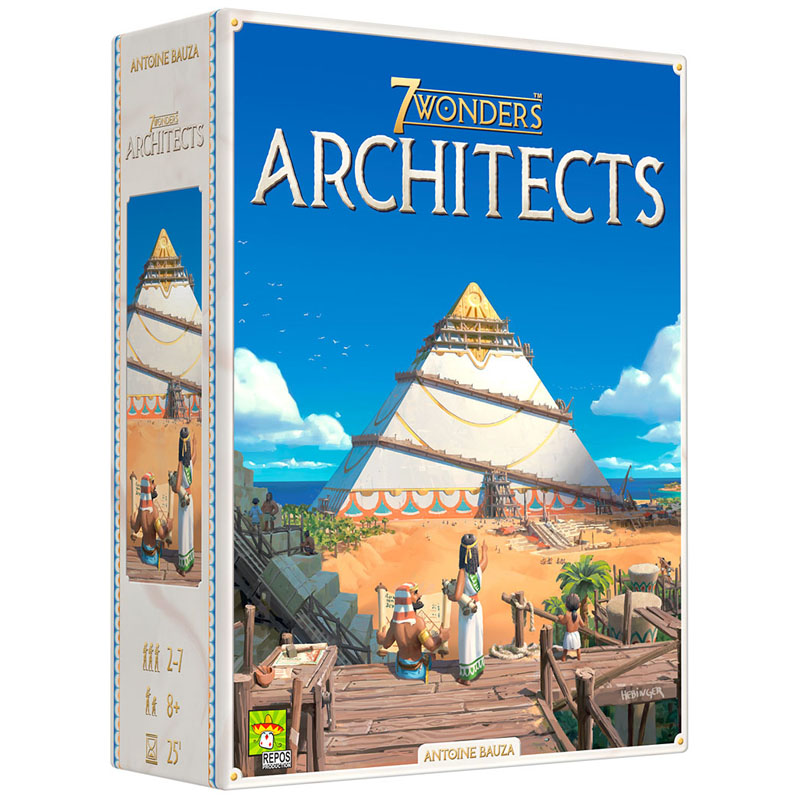 Whether or not you have played the original 7 Wonders Game which was released in 2010, this newer 2021 version featuring quicker game play, easier-to-learn mechanics and a younger starting player age may become a new favorite in your family. The game’s simple, smooth and ingenious mechanics as well as its well-designed game tray storage feature contributes to make it easier to set up and put away. To start, each player chooses a game tray containing one of the seven wonders. In this tray are five pieces from which they will build their chosen wonder. Also included is a “face up” deck of cards that will be used and shared among players as available choices to draw from. These choices will be materials needed to construct a part of a wonder, science cards that will help gain progress tokens, victory point token cards, coin cards that act as a wild card for resource gathering and red cards that provide battle shields and may initiate battles between players. There is also a face-down central card deck that players can choose from that contains cards representing the same sets of options. Taking turns, each player will draw a card of their choice and take any resulting actions. Besides building each section of a wonder, victory points can be obtained with progress tokens, military victory tokens, and blue (victory point) cards. Once any one player has completed construction of their wonder, the game immediately ends and the player with the most victory points wins. Although this is a 2-7 player game, we feel it plays best at 3+ players. This game takes about 30 minutes to play but contains enough depth to keep the entire family engaged.

We all aspire to leave our mark. As one of the great ancient architects, your goal is to create a wonder to amazing that it, as well as you, will go down in history as a testament to human ingenuity and skill!

7 Wonders Architects in a new game in the world of 7 Wonders. Designed for a fluid and immersive game experience, Architects is a gateway game that still retains the strategic depth the 7 Wonders brand is so well known for.

This intriguing game is designed around several unique factors. First of all, each player begins with a different board featuring one of the Seven Ancient Wonders the Hanging Gardens of Babylon, The Great Pyramid of Giza, etc. The boards share similar features although each one has distinctive characteristics. Each board has 2-3 benefits (+coins, + points, etc.) as well as one resource it produces. There are three rounds in the game, referred to as ages. Each age has its own deck of cards, and at the beginning of an age players are dealt seven cards. They pick a card to play and then pass the remaining cards to their neighbor, strategically choosing cards from each hand that will benefit them the most. There are seven different types of cards, including resource cards, which are needed to buy most of the other cards. In the first age, the cards are inexpensive and players build up their resources and lay the foundation for the game. By the third age the cards are fairly expensive and it's crucial to make the best decisions in which cards you build, and which ones you allow to be passed on to your neighbors! At the end of the third age, players tally their points to reveal who got the most victory points to win the game. With a lot of variation between games due to the differing boards, randomness of the card decks, variety of winning strategies, and even the difference of whoever you happen to be sitting by, this one offers a lot of re-playability. 2-7 players. Please note that some cards such as "the Baths" and "the Temple"  show partial nudity and you may wish to alter these before playing. 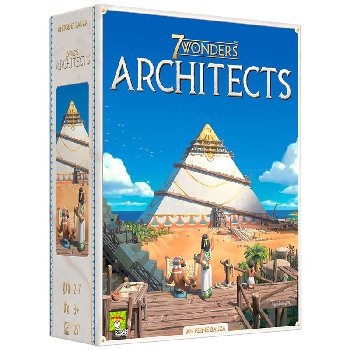