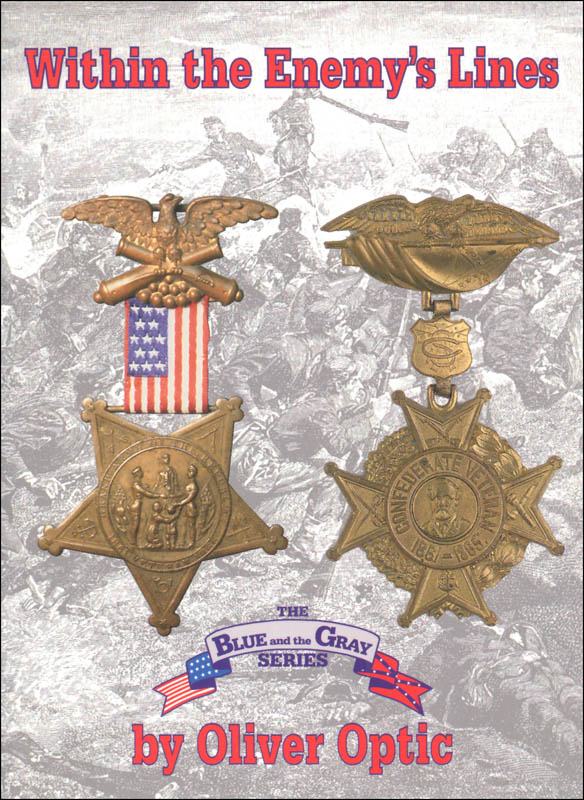 Within the Enemy's Lines (Blue and the Gray Series Book 2)

Capt. Passford and Christy prepare for service in the US Navy, when cousin Cornelius comes to visit as part of a plot to capture the ship for the South

All the books include a glossary. Each word is cross-referenced with its page number so children can easily go back and see how it is used in the story. New maps, not found in the original editions, are included.

The Civil War is well under way, and Captain Passford and his son Christy are busy preparing their steam-yacht, the Bellevite, for service in the U. S. navy. Now that the ship is almost ready for commission, Christys cousin Cornelius mysteriously shows up at the Passford estate on the Hudson River. Unknown to the Passfords, Cornelius is part of a plot to capture the Bellevite for the South. With his uncle away on business, Cornelius and his conspirators ready their band of rough-and-tumble river pirates. How Christy gets wind of the plot is a hair-raising story all its own. But can he and his small group of compatriots defend the Bellevite? With barely a sailor among them, a quick escape around the dangerous river bends is out of the question. Then, in the darkest hours of the night

It was a tremendous explosion, and the echoes rolled out from the hills as though they were armed with heavy guns and were taking part in the conflict. Probably the rattling windows and the shaking frames of the houses roused all the sleepers within a mile of the ship.

The Bellevite was enveloped in the smoke from the discharge, and, though Christy mounted the carriage again to obtain a better view, he could see nothing, for there was not wind enough to sweep it away at once. But the young commander watched

Thus begins the first of many adventures that take the Bellevite on an exciting journey down the coast. An imaginative storyteller, Oliver Optic (William Taylor Adams, 1822-97) wrote 125 books and over a thousand stories for children. Among the best of his stories is The Blue and the Gray Series about the Civil War. Within the Enemys Lines, first published in 1889, is the second book in the series of six.

Includes a Build-Your-Vocabulary Glossary of some 279 words and definitions. Each word is cross-referenced with its page number so children can easily go back and see how it is used in the story. Two new maps of Pensacola and Mobile Bay and a map of all of Christys adventures have been created specially for this edition. 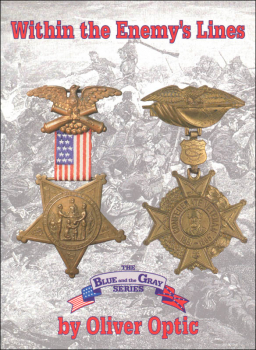