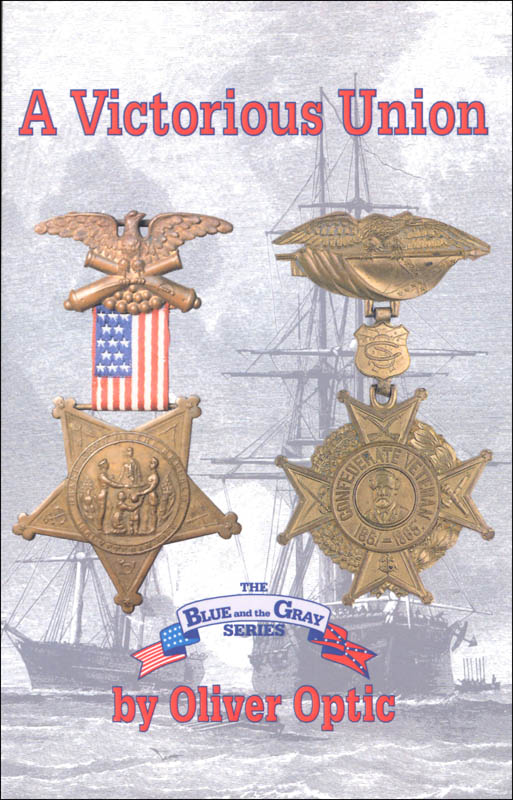 The last weeks of the war find Lt. Christy Passford tasked with capturing blockade runners amidst the ensuing battles. Returning home, family becomes his center focus as he takes a bride and is reunited with his family from the South.

All the books include a glossary. Each word is cross-referenced with its page number so children can easily go back and see how it is used in the story. New maps, not found in the original editions, are included to help the reader follow along as the stories progress.Oliver OpticsThe Blue and the Gray Series.

This story opens with Christy Passford assigned to the fleet off Mobile Bay as executive officer of the Bellevitehis family yacht now turned into a fast Union cruiser. Christy, with his usual quick wit and daring turns a simple reconnoiter on shore into an attempt to capture a blockade-runner and one of the Souths fastest cruisers. Christy pays a price for his daring this time and is sent back to Bonnydale to recover from wounds suffered during the ensuing battle. A surprise awaits him, however, when he is fully recovered and he receives a new commission as lieutenant-commander in command of the recently captured cruiser, now a Union gunboat.

Christy and his new charge sail for the stormy waters off North Carolina and Cape Fear, the last holdout for Confederate shipping and blockade-runners. In charge of the fastest Union gunboat in the area, he and his crew are assigned the outer perimeter around the cape in order to pick up any blockade-runners able to get past the slower vessels inshore. The war is winding down and Christy joins the Union forces on the James River on their way to Richmond before heading home to Bonnydale and Bertha Pembroke, who had been waiting for him throughout the conflict.

An imaginative storyteller, Oliver Optic (William Taylor Adams, 1822-97) wrote 125 books and over a thousand stories for children. Among the best of his stories is The Blue and the Gray Series about the Civil War. A Victorious Union, first published in 1890, is the sixth and final book in the series.

Includes a Build-Your-Vocabulary Glossary of some 307 words and definitions. Each word is cross-referenced with its page number so children can easily go back and see how it is used in the story. 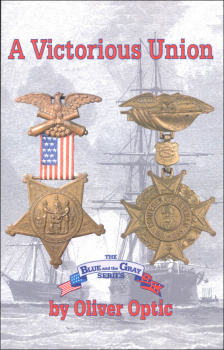