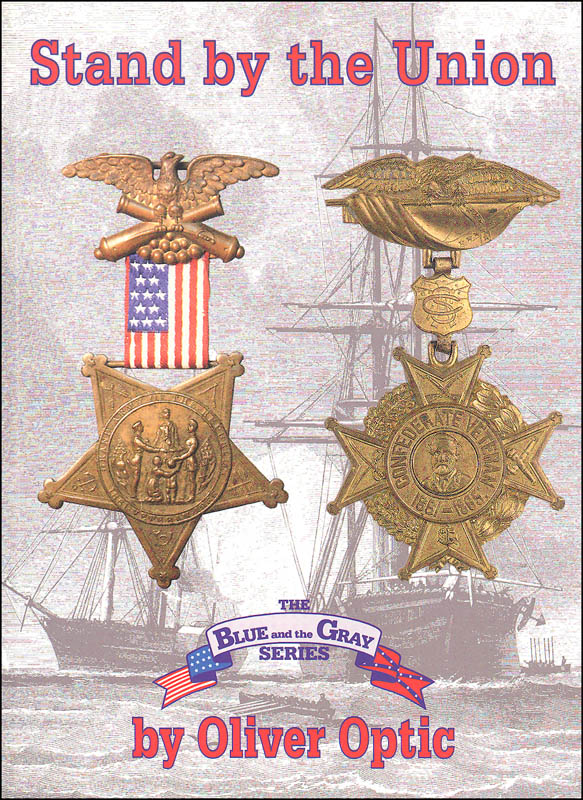 Stand by the Union (Blue and the Gray Series Book 4)

Reporting to duty, Christy Passford, finds an imposter in his place, and is imprisoned by the Union Navy. Clearing his name and regaining command of his ship, Christy Passford resumes his duties amid great challenges.

All the books include a glossary. Each word is cross-referenced with its page number so children can easily go back and see how it is used in the story. New maps, not found in the original editions, are included to help the reader follow along as the stories progress.Oliver OpticsThe Blue and the Gray Series.

Christy Passford reports for duty only to find an impostor already in his place on board the transport ship headed for the Gulf. Unable to convince his superior officers that he is the real Christy Passford, he is made a prisoner of the Union navy. In spite of these complications, Christy solves this mystery and uncovers a clever plot by his cousin Corny and his Southern compatriots to abscond with an entire Union naval warshipChristys own commandright out of the midst of the Eastern Gulf Squadron!

After regaining command of his vessel, Christy continues his blockading duties around St. Andrews Bay, on the Florida panhandle. Christys uncle, Homer Passford, a staunch Confederate, is found on board a sloop that the Union ship has boarded and Christy learns of another blockade runner that he is determined to claim for the North.

From St. Andrews, Christy and his crew are bound for Isle Grande Terre on the south side of the Mississippi Delta. Although disappointed that they were not assigned up the Mississippi with the rest of the fleet, a daring reconnoitre reveals Confederate shipping to be had at this small Delta port. A small scale battle ensues, this time with serious consequences for Christy.

An imaginative storyteller, Oliver Optic (William Taylor Adams, 1822-97) wrote 125 books and over a thousand stories for children. Among the best of his stories is The Blue and the Gray Series about the Civil War. Stand by the Union, first published in 1891, is the fourth book in the series of six.

Includes a Build-Your-Vocabulary Glossary of some 263 words and definitions. Each word is cross-referenced with its page number so children can easily go back and see how it is used in the story. Two new maps of the Gulf Coast and a map of all of Christys adventures have been created specially for this edition. 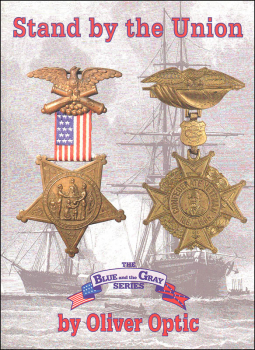