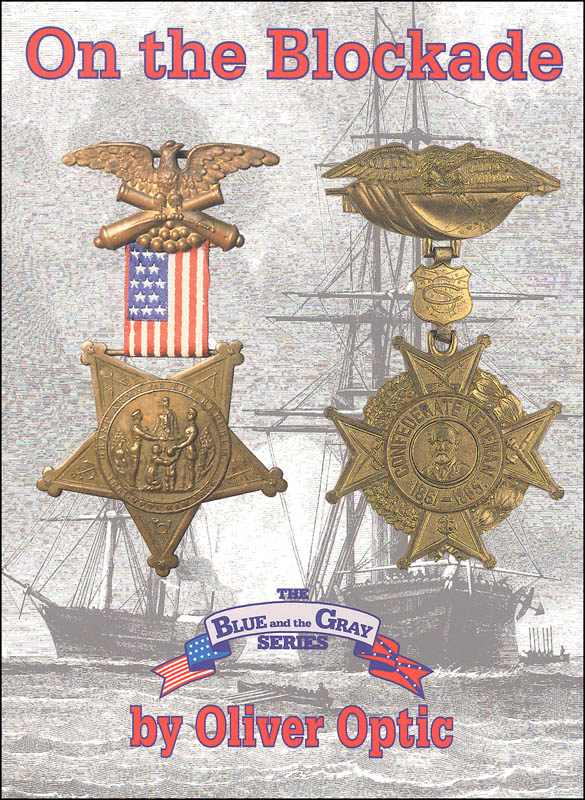 On the Blockade (Blue and the Gray Series Book 3)

Lt. Christy Passford takes the helm of the US Steamer, the Bronx, with orders to intercept two Confederate gun boats. His mission is complicated by the presence of spies on his new command.

Christy Passford sets sail for the Eastern Gulf Squadron, but finds that Confederate agents abound on his new command, the United States steamer Bronx. Christys orders are to intercept two new Confederate gunboats on their way to the States from England before they can do any mischief to the Union navy or shipping. The presence of spies on board complicates matters as the sailors from the Bronx, in the guise of a fellow Confederate man-of-war, are about to board the Confederate gunboat.

The hands who had been stationed for the purpose immediatelyused their grappling irons, and the two vessels were fast to each other.

Boarders! the first lieutenant shouted at a sign from the captain, but before he could complete the order, Pawcett, for we may call him now by his right name, leaped on the bulwarks of the Bronx.Thisis a United States he began to say, but he was allowed to proceed no further, for the first lieutenant raised the revolver he carried in his left hand, doubtless for this very purpose, and fired

Following this intrigue, Christy is assigned a dangerous mission to investigate the situation regarding blockade runners in the Cedar Keys. Opportunity presents itself during the reconnoiter and Christy attempts a capture of the Confederate shipping there, with the aid of stealth and daring.

An imaginative storyteller, Oliver Optic (William Taylor Adams, 1822-97) wrote 125 books and over a thousand stories for children. Among the best of his stories is The Blue and the Gray Series about the Civil War. On the Blockade, first published in 1890, is the third book in the series of six.

Includes a Build-Your-Vocabulary Glossary of some 292 words and definitions. Each word is cross-referenced with its page number so children can easily go back and see how it is used in the story. A new maps of the Cedar Keys and a map of all of Christys adventures have been created specially for this edition. 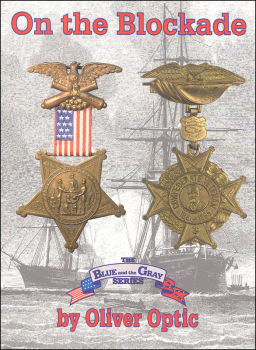