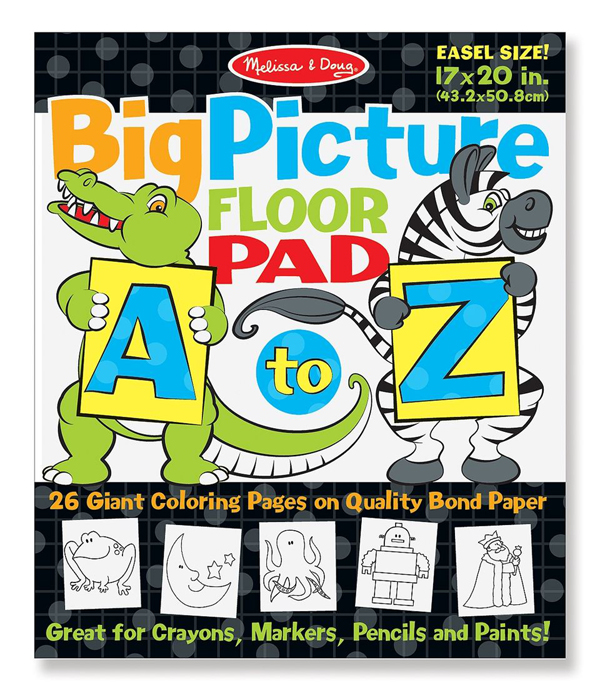 Don't miss the big picture! This large (11" x 14") coloring pad holds 26 pages, one for each letter of the alphabet. Each coloring page features one letter of the alphabet and shows both the upper and lowercase letters, as well as a simple word to trace. The coloring image features animals and objects starting with that letter, often in silly situations (for example, an iguana licking an ice-cream cone while ice skating by an igloo. ~ Rachel

This 11 x 14-inch coloring pad is an animal-filled way to learn the alphabet! Perfect for tabletop coloring with crayons, markers, pencils, or paints, the easy-to-remove pages each feature a letter of the alphabet, along with whimsical color-in animals to illustrate its sound. Can you find the questioning quail or pie-eating penguin? It's so much fun to spot the animals, trace the letters, color in the pictures, and build early-literacy skills in a creative new way! 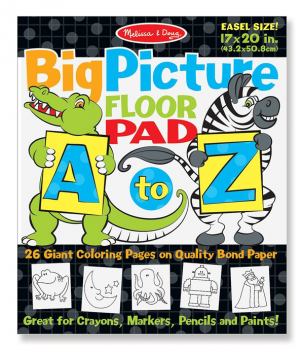 A to Z Animal Alphabet Coloring Pad
Item # 007855
Our Price: $2.99
Item out of print or discontinued by supplier.
Add Group
Continue Shopping Proceed to Wish List