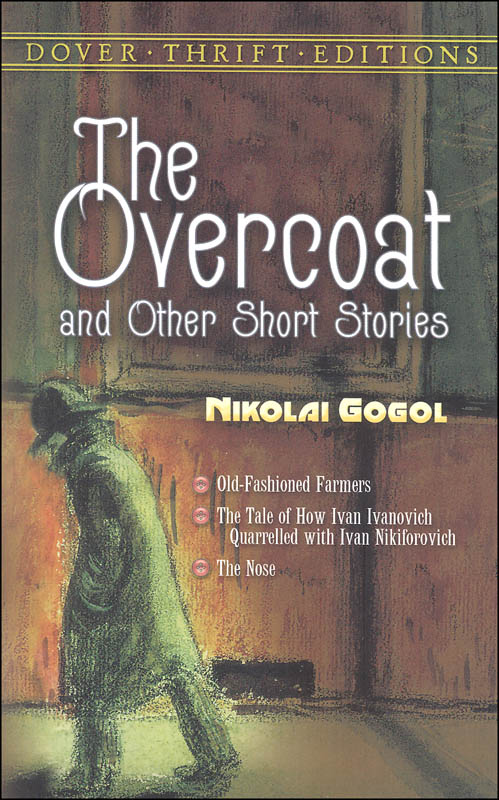 Overcoat and Other Short Stories

Nikolai Gogol (1809-1852) is a Russian writer whose stories influenced later authors such as Dostoyevsky. This collection includes the The Overcoat, Old Fashioned Farmers, The Tale of How Ivan Ivanovich Quarreled with Ivan Nikiforovich, and The Nose. Because this was an author with whom I was unfamiliar, I read the story with the 2 Ivans. It was funny, ridiculous, sad, and unfortunate, with a clear lesson to be learned. I have read other Russian authors and they seem to have a similar style: extremely detailed settings, argumentative conversations, and passionate relationships between both friends and enemies. Some are humorous, others are serious, and all of them are richly written. This small book would be a great option if you are looking to add some world literature to your high school language arts curriculum. 103 pp, pb. ~ Sara

Gogol's stories are admired for their skillful mingling of fantasy and reality, quiet good humor and use of mundane details as Gogol put it "to extract the extraordinary from the ordinary." Imaginative and timeless, they remain as fresh and significant today as they were to readers generations ago.

This rich selection of four short stories by the great 19th-century Russian author of Dead Souls includes "The Nose," a savage satire of incompetent bureaucrats and the snobbery and complacency of the Russian upper classes; "Old-Fashioned Farmers," a sketch depicting an elderly couple who live a happy but simple life in rustic seclusion; "The Tale of How Ivan Ivanovich Quarrelled with Ivan Nikiforovich," and of Gogol's most famous comic stories; and "The Overcoat," an exceptionally moving tale considered a masterpiece of the form about a poor and much-ridiculed St. Petersburg official. Includes a selection from the Common Core State Standards Initiative: "The Nose." 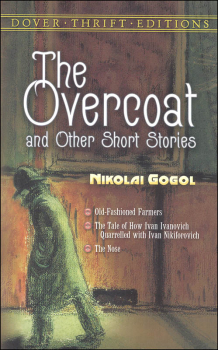