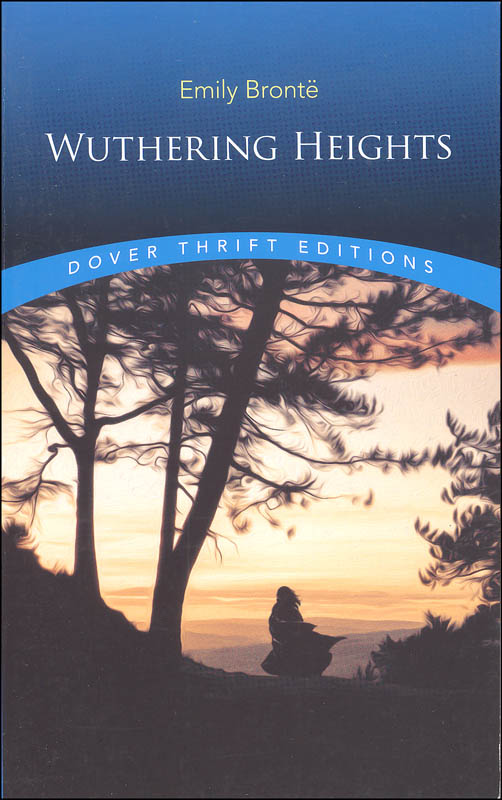 This thrift edition includes the complete, unabridged text first published in 1847. By Emily Bronte, this dramatic novel has become an enduring classic. The love story of Cathy and Heathcliff has moved generations of readers. In the rustic setting of Wuthering Heights, Catherine must choose between her love for the gentlemanly Edgar Linton or the coarse and wild Heathcliff. Choosing Linton has consequences that even the heirs of Cathy and Heathcliff must overcome. With jealousy, revenge, love, and a bittersweet conclusion, it is no wonder this book has remained so popular. 256 pages, softcover.

Considered lurid and shocking by mid-19th-century standards, Wuthering Heights was initially thought to be such a publishing risk that its author, Emily Bront, was asked to pay some of the publication costs. A somber tale of consuming passions and vengeance played out against the lonely moors of northern England, the book proved to be one of the most enduring classics of English literature.
The turbulent and tempestuous love story of Cathy and Heathcliff spans two generations from the time Heathcliff, a strange, coarse young boy, is brought to live on the Earnshaws' windswept estate, through Cathy's marriage to Edgar Linton and Heathcliff's plans for revenge, to Cathy's death years later and the eventual union of the surviving Earnshaw and Linton heirs.
A masterpiece of imaginative fiction, Wuthering Heights (the author's only novel) remains as poignant and compelling today as it was when first published in 1847. 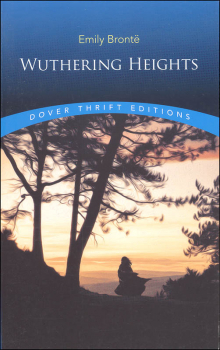