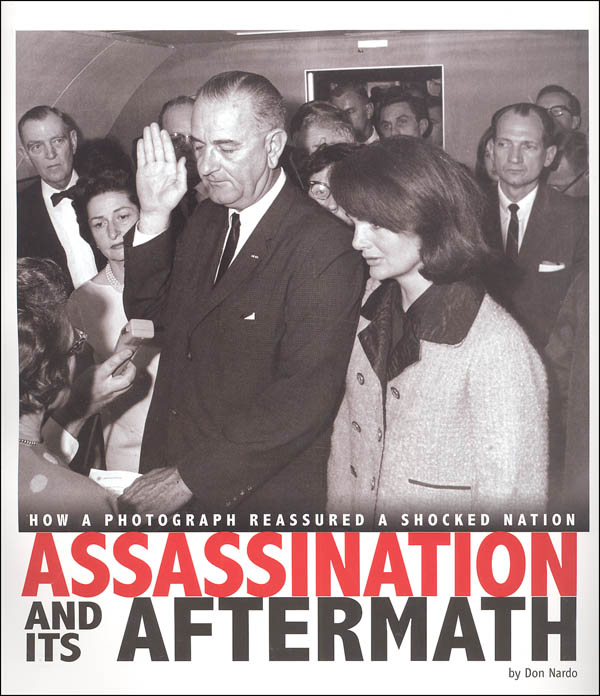 Assassination and Its Aftermath: How a Photograph Reassured a Shocked Nation (Captured History)

The world was shocked and frightened when President John F. Kennedy was gunned down by an assassin's bullet in 1963. What would happen to the government of the most powerful nation on Earth? When Kennedy's vice president, Lyndon Baines Johnson, took the presidential oath of office on Air Force One just hours after the assassination, the White House photographer was there. Cecil Stoughton's iconic photo showed the world that the smooth and orderly transfer of power called for in the U.S. Constitution had occurred. His photo helped ease the shock, tension, and fear in an anxious country. 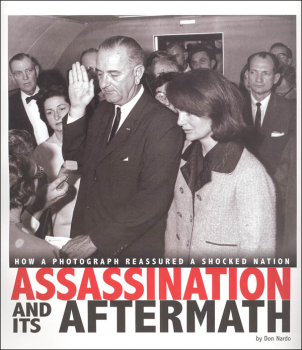 Assassination and Its Aftermath: How a Photograph Reassured a Shocked Nation (Captured History)
Item # 005694
Our Price: $1.96
Retail: $9.10
Save: 78.46% ($7.14)
In Stock. Item will be unavailable when sold out.
Add Group
Continue Shopping Proceed to Wish List