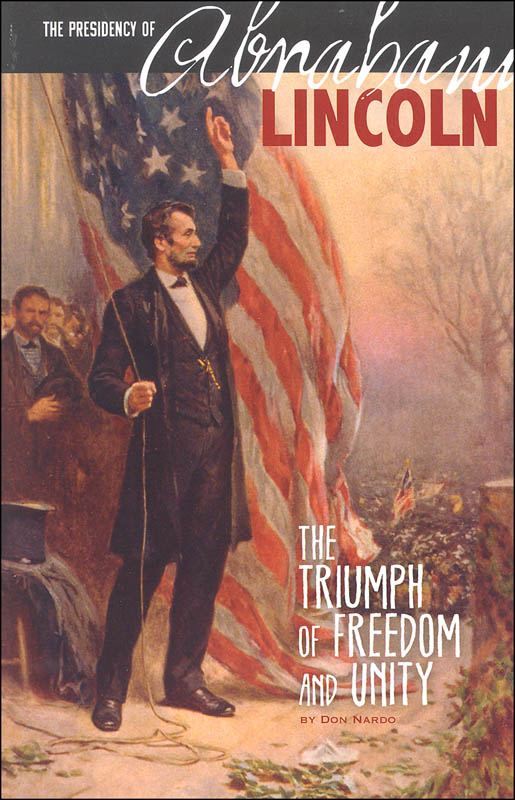 Presidency of Abraham Lincoln: Triumph of Freedom and Unity

Abraham Lincoln and the American Civil War are forever linked. The bloody conflict began in 1861, the year Lincoln was elected president. It ended in 1865, the year he was struck down by an assassin's bullet. During those years the admired and despised 16th president served as a brilliant commander in chief, ultimately keeping the nation together and freeing thousands of its enslaved people.

Category Description for The Presidency Series:

Four great presidents, their lives, and accomplishments - four presidents with whom everyone should be familiar: George Washington, Abraham Lincoln, Theodore Roosevelt, and Franklin D. Roosevelt. Each 64-page book is packed with interesting vignettes, facts, photos, illustrations, maps, and more from each of their lives. Read about their accomplishments while in office, their personal lives, and events that occurred in their lifetimes. A timeline of major events is found at the back of each book along with a glossary and lists of additional resources. ~ Donna 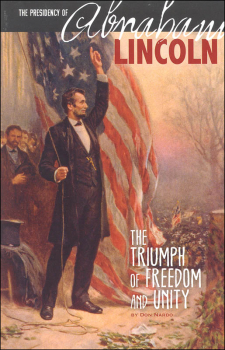