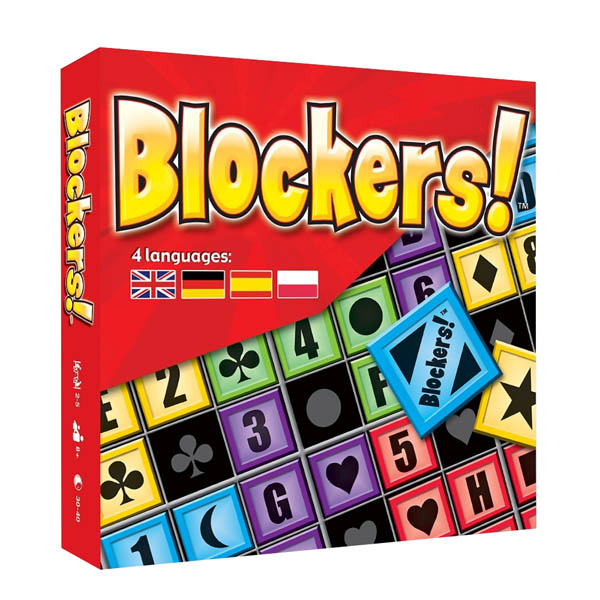 This strategy game utilizes a unique game board design which challenges players to group their playing tiles together. Tiles consist of letters, numbers, and shapes. Letter tiles can only be played in the corresponding row, number tiles can only be played in the corresponding column, and shape tiles can only be played on specific sections of the board. Each turn consists of playing one of your five visible tiles on an empty board space or playing it on a space occupied by another player (thereby capturing his piece), then drawing a replacement tile. The goal is to end up with the fewest contiguous groups of your tiles plus the fewest captured tiles of any one opponent. Players can pursue aggressive or non-confrontational strategies and still be competitive.

Blockers International Edition is a fun strategy game for the whole family!

- Strategize! Place a tile that matches the letter, number or symbol on the board. Be clever, you only get one of each type of tile.

- Block and Capture! Block your opponents and foil their plans by capturing a tile. Connect your own tiles to each other, forming as few groups as possible.

- Win! Create the fewest groups without capturing too many tiles, and You Win! 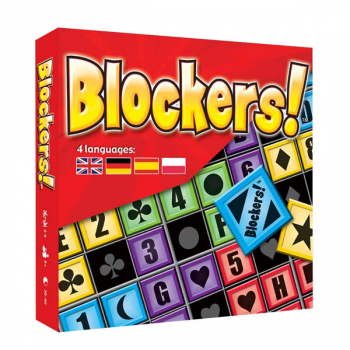