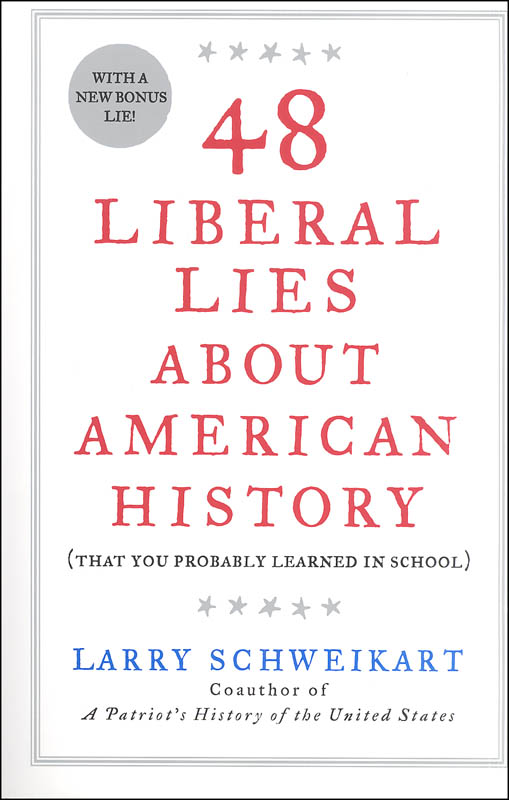 American history often gets distorted when passed down from one generation to another. This distortion of the truth is sometimes driven by the ignorance or political bias of teachers, authors, and historians who fail to present the true picture of events and what they mean in connection to our country’s history. Professor Larry Schweikart reveals some of those lies or distortions in this fact-filled book, citing several documented sources that showcase a lie for each topic. He spends approximately 4 – 6 pages explaining and correcting each lie included in this book. The truths found in this book, will help teens and adults to be set free from a number of the key lies or deceptions of our age. 316 pgs, pb.

Over the last forty years, history textbooks have become more and more politically correct and distorted about our country's past, argues professor Larry Schweikart. The result, he says, is that students graduate from high school and even college with twisted beliefs about economics, foreign policy, war, religion, race relations, and many other subjects.

As he did in his popular A Patriot's History of the United States, Professor Schweikart corrects liberal bias by rediscovering facts that were once widely known. He challenges distorted books by name and debunks forty-eight common myths. A sample:

" The founders wanted to create a "wall of separation" between church and state
" Lincoln issued the Emancipation Proclamation only because he needed black soldiers
" Truman ordered the bombing of Hiroshima to intimidate the Soviets with "atomic diplomacy"
" Mikhail Gorbachev, not Ronald Reagan, was responsible for ending the Cold War
America's past, though not perfect, is far more admirable than you were probably taught. 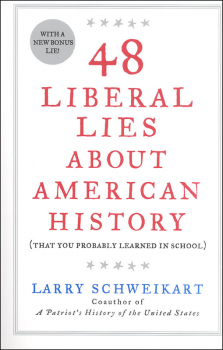