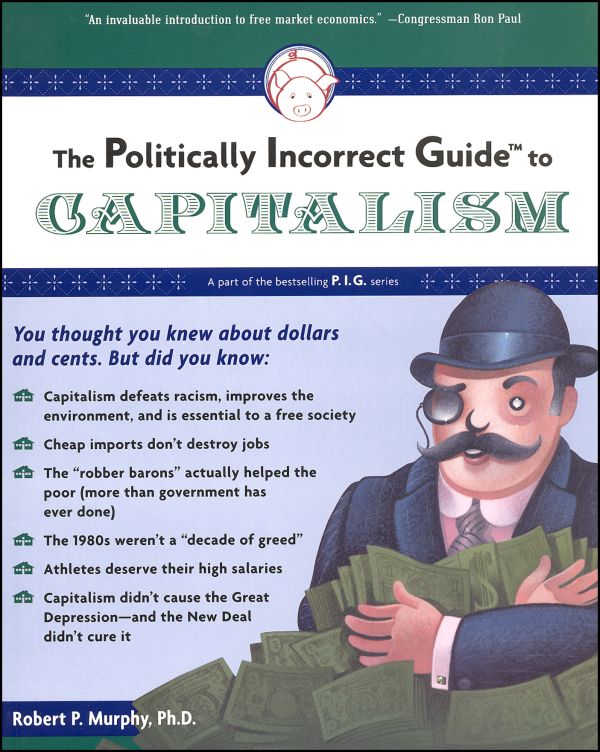 Most commonly accepted economic "facts" are wrong Here's the unvarnished, politically incorrect truth. The liberal media and propagandists masquerading as educators have filled the world--and deformed public policy--with politically correct errors about capitalism and economics in general. In The Politically Incorrect Guide(tm) to Capitalism, myth-busting professor Robert P. Murphy, a scholar and frequent speaker at the Ludwig von Mises Institute, cuts through all their nonsense, shattering liberal myths and fashionable socialist cliches to set the record straight. Murphy starts with a basic explanation of what capitalism really is, and then dives fearlessly into hot topics like:

Plus: Are you a capitalist pig? Take the quiz and find out! Breezy, witty, but always clear, precise, and elegantly reasoned, The Politically Incorrect Guide(tm) to Capitalism is a solid and entertaining guide to free market economics. With his twelve-step plan for understanding the free market, Murphy shows why conservatives should resist attempts to socialize America and fight spiritedly for the free market.

"No economic myth these days is more pernicious than the myth that the free market caused the Great Depression and the New Deal got us out of it." Hmm...I wasn't aware that was a myth. "Not only did government interference with the market cause the Great Depression (and our current economic collapse), but Herbert Hoover's and Franklin Delano Roosevelt's big government policies afterwards made it much longer and much worse." That certainly goes against the flow of mainstream educational, political, and historical knowledge. What an education this book on the Great Depression is! It's a fascinating, entertaining read through the causes, actions, and effects of the Great Depression, and the lessons that should have been learned for today (but obviously were not). This is just one of the riveting titles from the Politically Incorrect Guide™ to____ series: guides that will shock your presuppositions and confirm your suspicions, open your eyes and give you good reason to take a lot of mainstream “knowledge” with a grain of salt. These are hot topics that touch every aspect of our society today; issues that (according to the publisher of this series) politically correct historians, academia, and the media have hijacked for use in accomplishing their own agendas. The P.I.G. series promises to bust these politically correct myths with “cold, hard facts.” These titles are authored by experts in their fields – people who are well-versed in the arguments and details of all sides of the debates and who do a fantastic job of laying out facts and opinion, history and interpretations in an engaging, often humorous manner. So far, I have only read the guides to Global Warming (see item #46735 in Science) and The Great Depression, but I could hardly put them down! I am looking forward to quite an education in conservative thought and values as I read through the rest of the series. Please also see the P.I.G. titles in our Science, Bible, and Reading sections. – Zach 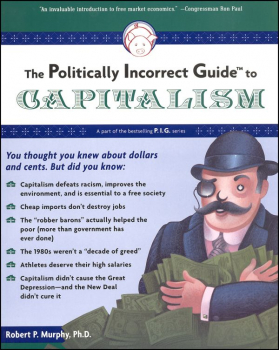