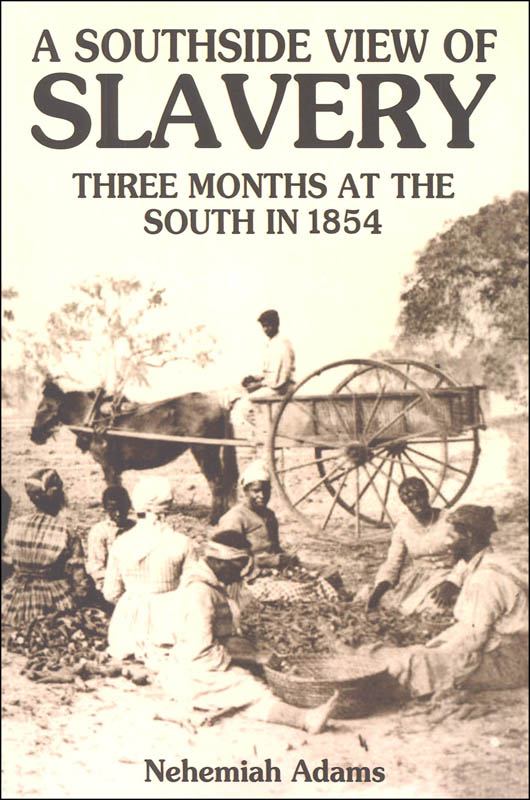 Originally published in 1854, this book by Reverend Nehemiah Adams provides an eyewitness account of slavery in the Antebellum South. Reverend Adams expected to see cruel bondage and other evils touted by the Abolitionists, but instead he found a well-ordered society in which the slaves were mainly content and properly cared for by their masters. He warns his Northern brethren that a continued assault upon the South's "peculiar institution" of slavery would ultimately destroy the Union and the Black population. Needless to say, this book was attacked by the Abolitionists, but despite its outdated views, it provides a perspective on slavery that rarely makes it into the history books. The book is full of insightful detail about the daily lives of slaves, including their dress, housing, family life, and worship. Reverend Adams' mixed feelings about slave auctions are included, and he even wrote a chapter in response to the novel Uncle Tom's Cabin. Facsimile reprint of the nineteenth century original. 214 pgs, pb. ~ Lisa 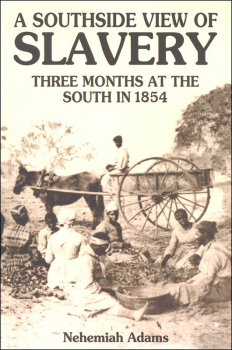