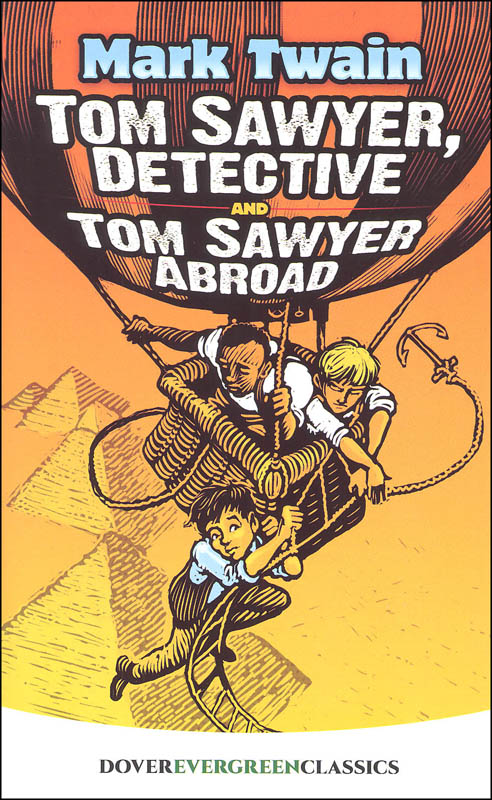 Originally written in the 1890's, this illustrated reprint by Dover Evergreen Classics contains two slightly altered, unabridged works of juvenile fiction by the famous novelist Mark Twain. The first half of this publication Tom Sawyer, Detective, features a lively adventure tale about Tom and his friend Huck Finn as they take on the role of detectives to help their Uncle out of big trouble. The second half contains Tom Sawyer Abroad. Readers find Tom and his friends in St. Louis taking a tour through an airship. When the ship unexpectedly takes off with Tom and his friends aboard, however, their vacation soon turns wild and wacky. Before long, these young men find themselves in Africa, and in no small amount of danger and distress! Both of the madcap adventure stories featured will be sure to provide young readers with a steady dose of engaging entertainment. 216 pgs, pb. ~ Mike

Filled with the folk humor and storytelling charm that have made Tom Sawyer and Huck Finn such enduringly popular characters, these two comic gems trace the friends' further adventures. Tom Sawyer, Detective finds the boys summoned by Aunt Sally to "Arkansaw," where Uncle Silas is in deep trouble. Tom puts his mail-order detective kit to good use as he and Huck get involved in a diamond heist, meet a mysterious stranger, and borrow a bloodhound to discover a shallow grave.
In Tom Sawyer Abroad, Jim joins the boys for a grand adventure in the style of a Jules Verne novel. Tom recruits his friends for a trip to St. Louis to see an airship. When the ship unexpectedly takes off with the threesome aboard, they wind up in Africa, where they experience lively encounters with lions and robbers and see some of the world's great wonders, including the pyramids and the Sphinx. 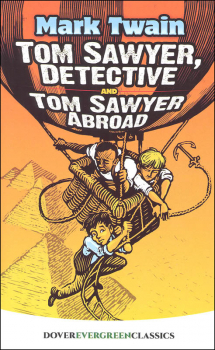