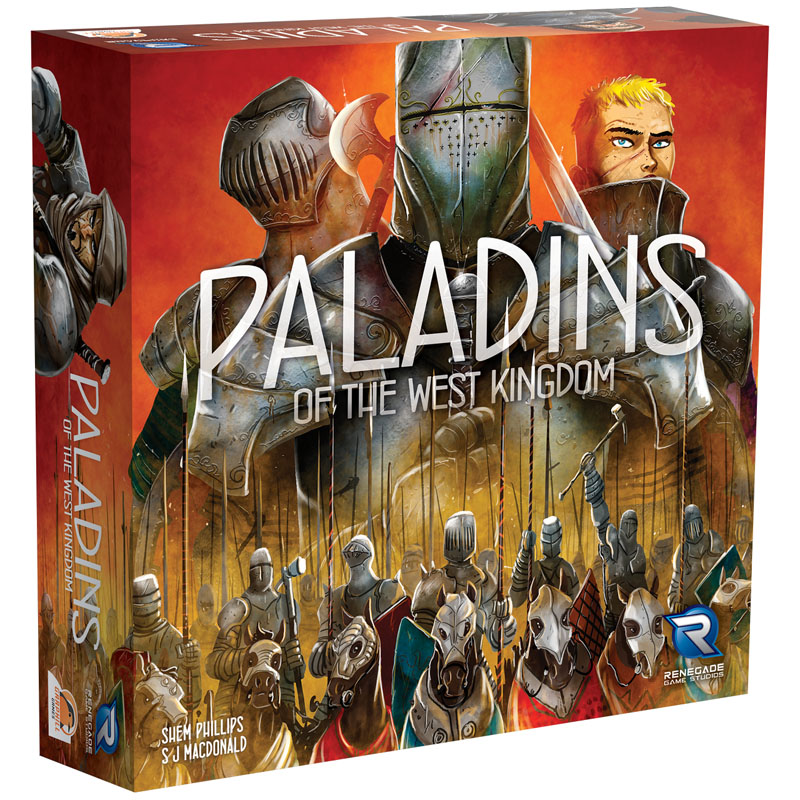 Paladins of the West Kingdom Game

Paladins of the West Kingdom is the second game in the West Kingdom Trilogy that as a group takes place in the Medieval West Francia kingdom on a historical timeline. This game is set in the year 900 AD, which was a time of unrest as a looming threat over the kingdom from outsiders such as Byzantines from the East, Saracens near the borders and Vikings who are out for plunder. In this game, players can convert these outsiders to their cause for long-term benefit or attack them for immediate reward. As participants in this game, players experience a huge variety of options and decisions that create multi-faceted strategies as paths to accumulate the most victory points to win the game. Central to this game are the actions that players take using various types of workers – all centered on individual player boards. Interactions with the main board include obtaining card resources and placing workers, Monks or Outposts for specific tasks to gain resources, rewards and attributes (Faith, Strength and Influence).

Playing this game for me is like embarking on a great adventure with so many choices and strategic options. Each player starts the game with 12 Paladin cards – one of which players use in each of the seven rounds. Each card provides two specific types of “workers” along with differing levels of two of the three attribute boosts (strength, faith or influence) and a special ability for that round. Also gained are one new tavern card each round, which furnishes four additional workers. These workers (laborers, scouts, merchants, fighters, clerics and criminals) help perform different actions that are available on the player board.

Also provided to start are three coins, which are used for some actions and to purchase townsfolk cards, which give ongoing benefits during the game, one provision resource that will be used to build kingdom fortifications, commission monks or build garrisons and a Townsfolk Card which will supply ongoing rewards throughout the game. During each round, players use their workers to perform one of twelve different actions available on their player boards. Players take turns using available workers such as fighters to recruit townsfolk or help build garrisons with the help of merchant workers, attack outsiders or convert outsiders to the kingdom’s cause. Merchants can obtain coins and Clerics might commission Monks to the main board for benefits and rewards. Once a player decides to take no further actions during a round, their used workers return to the supply, and they may keep up to three unplaced workers to carry into the next round. When all players have “passed” their turns, the round ends. Each round reveals a new King’s Order (rounds 1-3) or King’s Favor Card (rounds 3-7). King’s Order cards provide game end goals that can give victory points if met and King’s Favor Cards, provide an additional action location that yields rewards such as additional workers, coins or provisions. Each round, new outsider cards are revealed as well as Townsfolk Cards. Some chosen actions during this game cause players to incur debt, which can result in the loss of victory points at game end if not paid off. Any time a player acquires a criminal worker, suspicion is raised in the kingdom in the form of a card, which may require them to collect silver from the kingdom’s “tax supply”. The starting tax supply for the game is determined by player count but once the taxes are all spent, an inquisition begins during which the player with the most suspicion cards gains a debt, but can also return half of their suspicion cards back to the supply. During an inquisition as with many of the other actions in this game, recruited townsfolk cards may provide abilities such as the addition of workers or an increase of attribute level.

This game is complex and packed with so much richness that, although it has a larger learning curve than many other games, it provides a challenging, engaging and satisfying game experience for those who enjoy worker placement games with variable actions, goals, strategies and ways to score. For 1-4 players with a game time of 90-120 minutes. ~Marsha

Paladins of the West Kingdom is set at a turbulent time of West Francia's story, circa 900 AD. Despite recent efforts to develop the city, outlying townships are still under threat from outsiders. Saracens scout the borders, while Vikings plunder wealth and livestock. Even the Byzantines from the east have shown their darker side. As noble men and women, players must gather workers from the city to defend against enemies, build fortifications and spread faith throughout the land. Fortunately you are not alone. In his great wisdom, the King has sent his finest knights to help aid in our efforts. So ready the horses and sharpen the swords. The Paladins are approaching.

The aim of Paladins of the West Kingdom is to be the player with the most victory points (VP) at game's end. Points are gained by building outposts and fortifications, commissioning monks and confronting outsiders. Each round, players will enlist the help of a specific Paladin and gather workers to carry out tasks. As the game progresses, players will slowly increase their faith, strength and influence. Not only will these affect their final score, but they will also determine the significance of their actions. The game is concluded at the end of the seventh round. 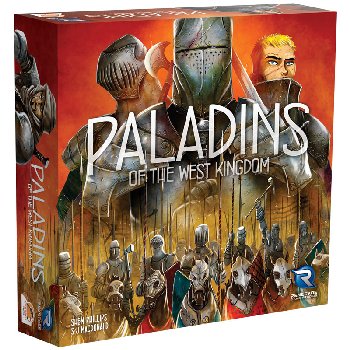