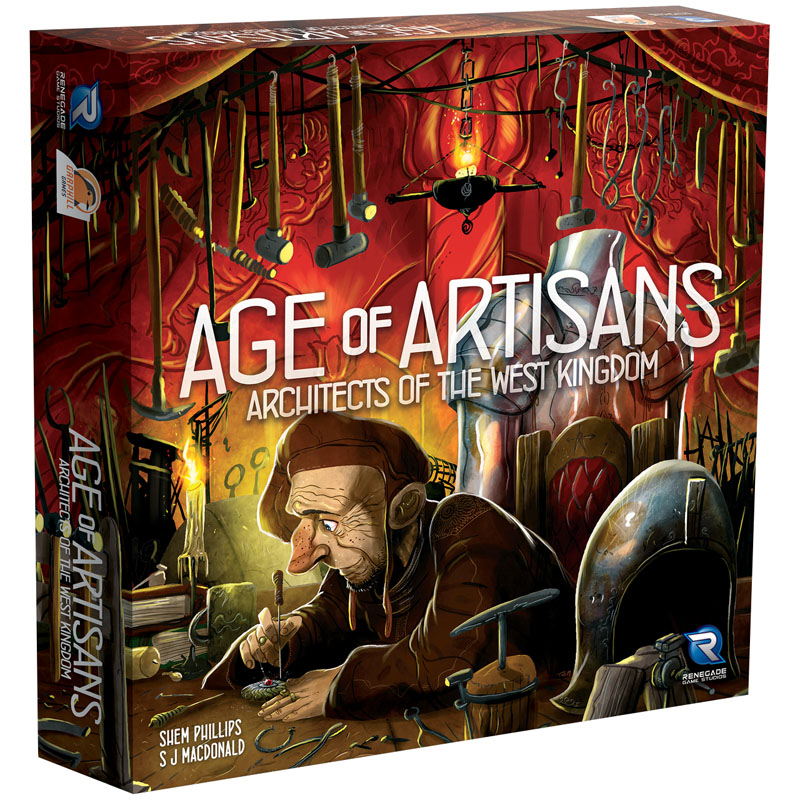 Architects of the West Kingdom Game: Age of Artisans Expansion

Although Architects of the West Kingdom is already a great game itself, the Age of Artisans Expansion adds several components that enhance gameplay as well as adding player pieces that allow for a six-player game. There are eight new building cards with unique rewards and eight new Apprentice cards that provide new actions to give players more options. In addition, this expansion introduces craft cards that give players the option to add rewards to their Buildings and Apprentice cards. Each player gains a new worker placement piece that is an artisan worker with a special ability to double the resources gained upon initial placement on the board. An exciting addition is a score pad, which was not included in the core game, and finally, two new player boards add more choices to the game. If you already enjoy playing Architects of the West Kingdom, I highly recommend adding this expansion. Expansion requires the Architects of the West Kingdom base game to play. For 1-6 players, with a 60 to 80-minute playtime.

In Architects of the West Kingdom: Age of Artisans, journeymen have returned to the city as master craftsmen, equipped with knowledge of new crafts and tools. The Guildhall has never been so busy! While some apprentices spend time learning new skills, others adorn the city’s buildings with everything from golden tapestries, to stained glass windows. But don’t let the shimmer of lights and fancy wares deceive you. For not all that glitters is gold.

In addition to including components for an extra player, Age of Artisans adds the new Craft Cards, a dual-layered Guildhall Board, two new Player Boards and a variety of new Apprentices and Buildings. Requires Architects of the West Kingdom to play. 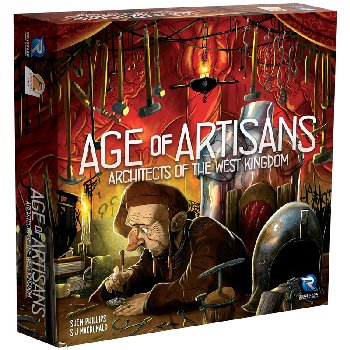