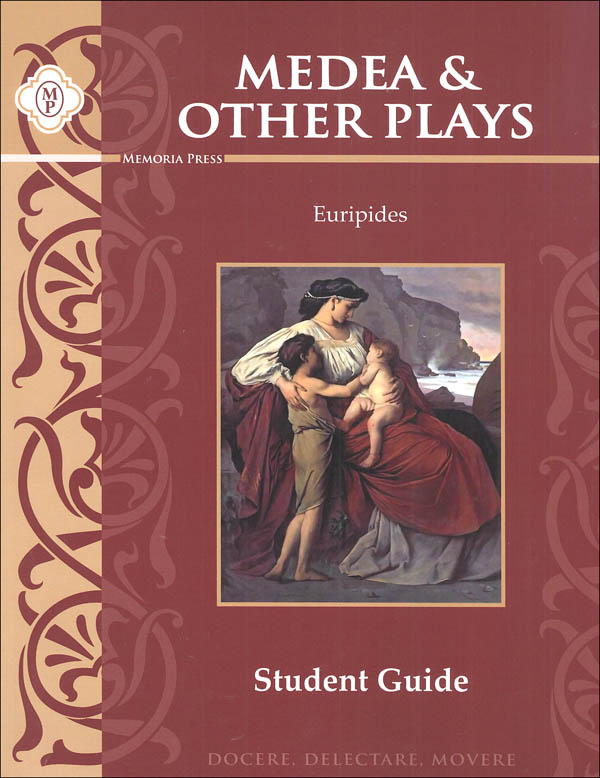 Euripides further developed the tragedy, instituting the deus ex machina, a prologue with a background, and greater realism. His heroes are less resolute and more psychological, fraught with internal conflict. Here is the revenge of Medea and Hecabe, and the exciting adventures of Heracles in the Underworld.

The four tragedies collected in this volume all focus on a central character, once powerful, brought down by betrayal, jealousy, guilt and hatred. The first playwright to depict suffering without reference to the gods, Euripides (484-407 B.C.) made his characters speak in human terms and face the consequences of their actions. In Medea, a woman rejected by her lover takes hideous revenge by murdering the children they both love, and Hecabe depicts the former queen of Troy, driven mad by the prospect of her daughter's sacrifice to Achilles. Electra portrays a young woman planning to avenge the brutal death of her father at the hands of her mother, while in Heracles, the hero seeks vengeance against the evil king who has caused bloodshed in his family.

Philip Velacott's lucid translation is accompanied by an introduction, which discusses the literary background of Classical Athens and examines the distinction between instinctive and civilized behaviour. (from the publisher)

Category Description for Medea & Other Plays by Euripedes:

The Euripides plays are typically covered after a general introduction to the Greek plays since he is known for further development of the tragedy. For instance, the well-known literary device deus ex machina was developed by Euripides. In this course from Memoria Press, the revenge of Medea and Hecabe and the Underworld adventures of Heracles are read and studied with the continuing goal of expressing the Central One Idea. The exercises for each play take the reader through the stages toward that goal: preparation (Pre-Grammar), vocabulary and comprehension questions (Grammar), Socratic discussion questions (Logic) and student essays (Rhetoric). The Book (text of plays) includes Medea, Hecabe, Electra, and Heracles. The Student Book, covering the same plays, is a consumable worktext. The Teacher Guide has the same pages with answers provided plus quizzes for each play and a final exam as well as answers for these. Both books have some general instructional material and teaching notes for each play. The Set includes the Book, Student and Teacher books. The instructional DVDs are a separate purchase. Student - 100 pgs; Teacher 130 pgs, pb. ~ Janice 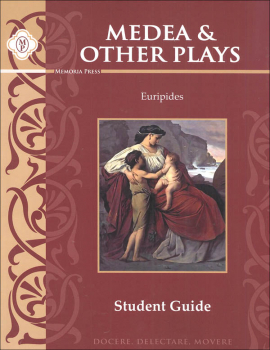