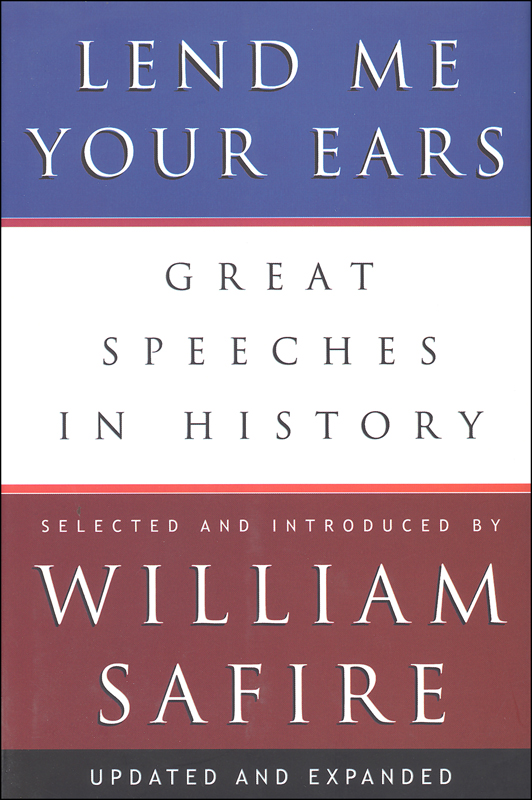 Lend Me Your Ears: Great Speeches in History

Great Speeches in History is now in it's 3rd edition; this collection compiled by William Safire is sure to be a valuable reference tool in your library with over 200 selections, including some speeches that were never actually delivered (such as the one JFK was going to deliver in Dallas.) Arranged by theme and occasion, this large book includes inspirational speeches, trials, tributes and eulogies, political speeches, sermons and much more from a range of important figures such as George W. Bush, Ralph Waldo Emerson, Karl Marx, the Dalai Lama, and Thomas Jefferson. Anyone who will be facing an audience would benefit from the resources in this book. Think of your students who are acting, debating, taking logic or learning about public speaking. Perhaps you have a college student who wants to be a teacher or lawyer, what a lovely gift for them to be able to read important speeches known around the world. In the back is an index of memorable quotes from these speeches. Hc, 1150pp. ~Sara

The definitive compendium of classic and modern oratory expandedwith a new preface on what makes a speech "great." An instant classic when it was first published a decade ago and now enriched by seventeen new speeches, Lend Me Your Ears contains more than two hundred outstanding moments of oratory. It is selected, arranged, and introduced by William Safire, who honed his skills as a presidential speechwriter. He is considered by many to be America's most influential political columnist and most elegant explicator of our language. Covering speeches from Demosthenes to George W. Bush, this latest edition includes the words of Cromwell to the "Rump Parliament," Orson Welles eulogizing Darryl F. Zanuck, General George Patton exhorting his troops before D-Day, and Ruth Bader Ginsburg speaking on Bush v. Gore. A new section incorporates speeches that were never delivered: what Kennedy was scheduled to say in Dallas; what Safire wrote for Nixon if the first moon landing met with disaster; and what Clinton originally planned to say after his grand jury testimony but swapped for a much fiercer speech. 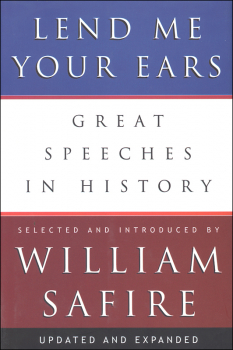