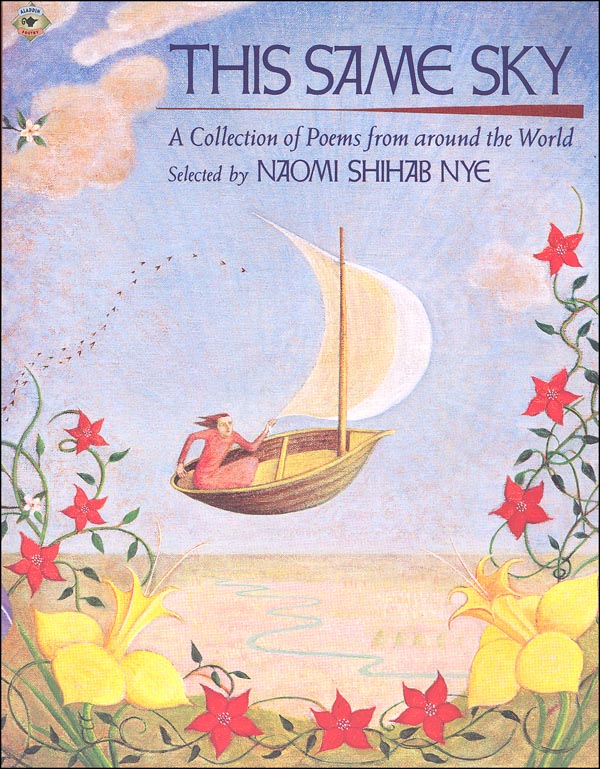 This Same Sky - Collection of Poems From Around the World

When American students study world literature, it is typical that much of it comes from Europe or even Russia. Many of these poems come are from the Middle East, India, Africa and small islands around the world. The authors are mostly unfamiliar and the poems were originally in languages we would never be able to read. So much is to be gained in reading poems from parts of the world where we may understand so little of the people there. All of the poems are in English and have been organized into universal themes: words and silences, families, this Earth and sky in which we live, losses, and human mysteries. The variety of countries represented is outstanding: Taiwan, Ireland, Mali, India, Mexico, Paraguay, Wales, Japan, Poland, Sweden, Turkey, Mauritius, New Zealand and more. There are 129 poems/poets and 68 countries represented. Brief notes on the authors and an index in the back allows you to search by country or author. Poetry lets you see into the soul of another person in a way that is different from narrative literature. Make this book part of your world literature course or add it to a unit study of world geography and cultures. It would be a lovely gift to a young person who loves to read or write his/her own poetry. Pb, 211 pp. ~ Sara

A beautiful collection of poems from around the world selected by renowned anthologist Naomi Shihab Nye.

This award-winning multicultural compilation of poetry introduces more than 125 poems from sixty-eight countries around the world, many translated into English for the first time, and offers glimpses of similarities across people despite cultural differences. 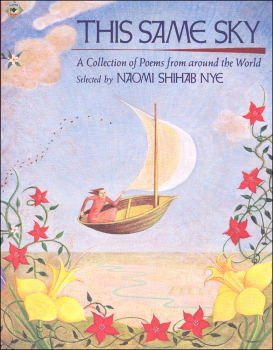