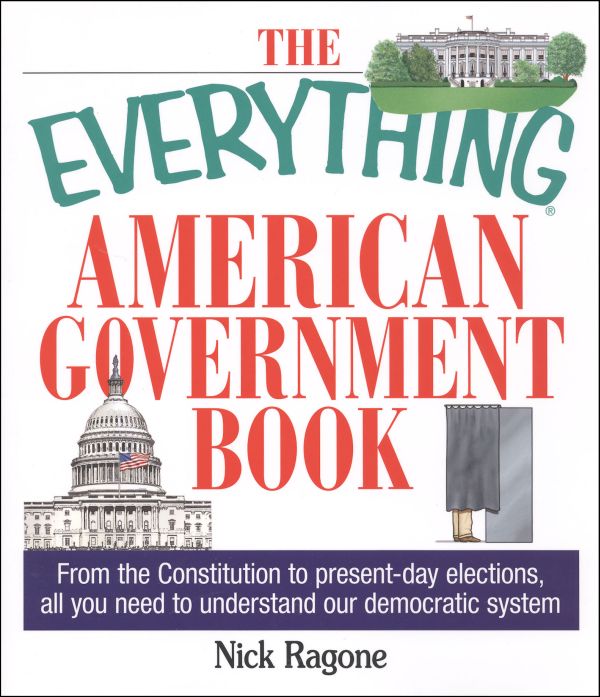 Although this book seems at least as comprehensive as an American Government textbook (if not more!), it certainly has a different flavor. Written for anyone who wants to brush up on the American Government or maybe just learn about a few selected aspects, it approaches the topic in a personable, borderline amusing, easy-to-read-and-comprehend style characteristic of the "Everything" series. The text is medium font and a single column, divided into short sections and interspersed with interesting fact boxes, further separating it from the familiar small-print double column textbook. All that said, it doesn't skimp on the scope of coverage! There are twenty-two chapters, each further divided into six or more sub-topics. The titles of the chapters are The Birth of a Nation, The Constitution, the Bill of Rights, The House of Representatives, The Senate, Inside Congress, Making a Law, The Presidency, Powers of the President, The Vice Presidency, Cabinet and Staff, The Rest of the Federal Bureaucracy, The Federal Judiciary, The Supreme Court, the Federal Budget, Political Parties, Interest Groups, The Media, Presidential Primaries and Elections, State Government, Local Government, and Getting Involved. As you might guess, throughout these chapters readers will learn - as shown in the title - nearly EVERYTHING about the American Government. In fact, the thoroughness and interest level of the text coupled with the appealing format suggests that students may retain much more than they might otherwise. The downside, of course, is that there are no quizzes or tests as there would be in a more standard textbook, but this could easily be remedied with just a little effort from the teacher, if desired. Two appendices include copies of The Declaration of Independence, The Constitution of the United States, and a timeline of relevant events. 305 pgs. - Melissa 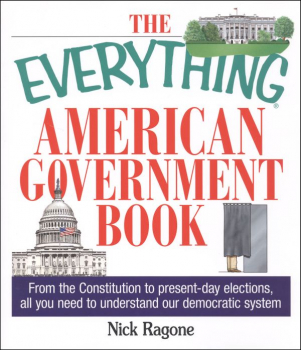